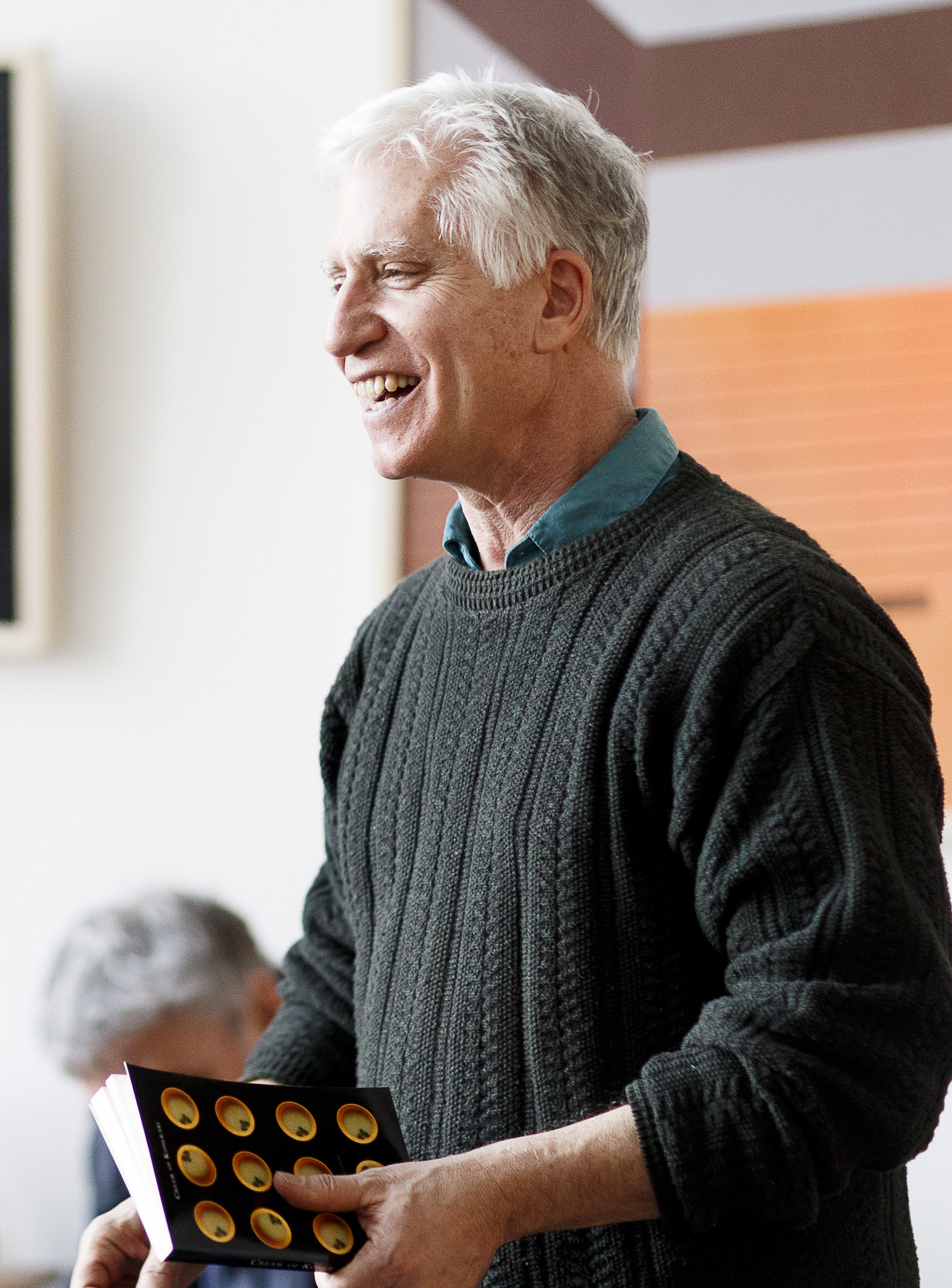 You take the folding chair outdoors facing the ocean.
Pencils. The book. The papers.
There will be further postponements.

The calling and quothing of ravens makes it impossible to hear your cue.
You are offstage, left, invisible to the audience.
Your hand, like the hand of Ingres’s “Jupiter and Thetis”
is part octopus, part tropical flower.

The ravens stay where you put them: large birds turn to smaller birds,
perched atop the driftwood, high-strung to the point of hysteria.

Transfiguration: You shape each bird to allude to the shape of a chalice.
For example, the house is a receptacle.
On account of which, each day begins this way.
Morning sweatshirt. Cup.
A guide appears, you are asking permission.

No reason is given, ever, for whatever.
In other houses, many miles away: the magnifying glass, brushes, black paint.
You receive a letter. Letter: unexplained energy.
Message from a friend about more oxygen.

You think of a new direction for a new line.
Sometimes a word’s included. Sometimes it’s just a line.

A large tree trunk has drifted up from the surf,
from the beach, in the sand, on the ground, lodging
within your chair, where you sit, sketching.

*Kenneth Clark, The Nude, A Study in Ideal Form, from the six A.W. Mellon Lectures in the Fine Arts given by Clark at the National Gallery of Art, Washington, D.C., 1953

They who are seen walking like the trees were not born for the life
of miracle: frightened, as though a certain likeness had befallen them from the sky.
They had felt a kinship with the forests: it wasn’t their idea,
then they discovered their laws: which they disobeyed.

They trembled and regretted.
We name this trembling by many words, each word: a body.
They made attempts to escape the body: but one cannot exit
one’s own ribcage. One cannot regret: the body.

I try, and see myself against the sky’s reflection in shop windows:

If there are betrayals, I would as soon skip over them.
Skip over them like rams.
I ask how to pray my way out.
Over and over again, I brush my fingers against the strings:
mistaking psaltery for psalms.

I ask only that I be told how many I am: how much I owe.
I will pray in cash, in stars. Yes, pray.

Seeing is only one imagination: I see others every day,
and it’s true, they look like trees, behind the eyelids,
where presence and absence dazzle equally: there is the promise
of fresh mango and passion fruit, of walnut and of the cashew.

We absent people: we absent tourists: we carriers of the earth:
we who resemble poplars and pines: we who would see the world
clothed in orange leaves, where in that very instant terror vanishes
into the dream weight of weightlessness: the dream world of exaltation.

Day upon day arrives with a vision of sunrise: day after day
is glowing and wet: and the light comes unmoored: and the birds lift up.

I see the birds lift up: the light comes unmoored.

Blessed be that vision, without which: never would the banyans
and baobabs of dream have grown so tall, so strong.

Jeffrey Levine is the author of three books of poetry: Rumor of Cortez, nominated for a 2006 Los Angeles Times Literary Award in Poetry, Mortal, Everlasting, which won the 2002 Transcontinental Poetry Prize, and most recently, At the Kinnegad Home for the Bewildered, (Salmon Poetry, 2019). Levine’s many poetry prizes include the Larry Levis Prize from The Missouri Review, the James Hearst Poetry Prize from North American Review, The Mississippi Review Poetry Prize, the Ekphrasis Poetry Prize (twice), and The American Literary Review Poetry Prize. In addition to his own writing, he is principal translator of Canto General, Pablo Neruda’s epic work of poetry. A graduate of the Warren Wilson MFA Program for Writers, Levine is founder, artistic director and publisher of Tupelo Press, an award-winning independent literary press located in the historic Berkshire Mountains of Western Massachusetts, and he also serves as director of the esteemed Tupelo Press Writing Conferences.