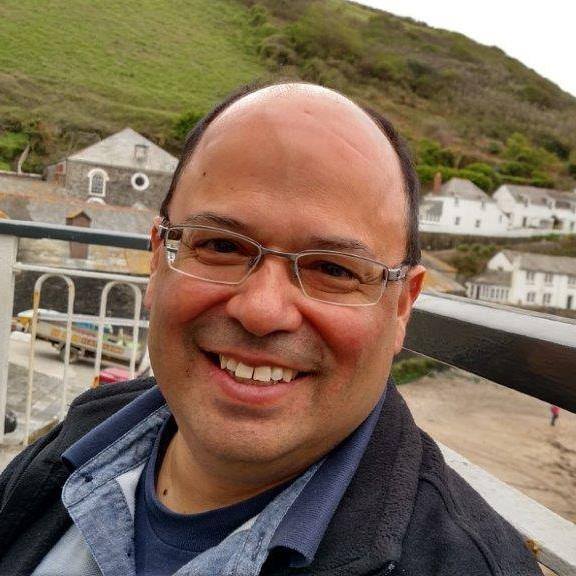 an updated version of Rubén Darío

Raised by an immigrant parent from Nicaragua, my siblings and I spoke Spanish with our mother while growing up. Amongst ourselves we spoke English. Ours, then, was a bilingual home in San Francisco, CA, where we were born. Although my mother’s education did not exceed the sixth grade, I have childhood memories of her reciting, from time to time, snippets of poems. One could therefore deduce that poetry was deemed important enough to teach and pass on to Nicaraguan school children in the 1940s. In her case, it was the poetry of Rubén Darío.

My trajectory as a literary translator from the Spanish has included rendering the work of the Spanish poets Federico García Lorca and Gerardo Diego, the Chicano poet Francisco X. Alarcón, and Rubén Darío, who died in León, Nicaragua in 1916. It’s no surprise that I consider my work with Darío in more personal terms. And yet this did not begin to feel so until I was able to formally acquire the skills to read and write Spanish by majoring in its literature at UC Berkeley. Prior to that, I was illiterate.

The ten years I resided in Spain after college brought my relationship to the language to a level I would deem intimate. It included, for example, the transformative experience of reading Ian Gibson’s two-volume Spanish-language biography of Lorca, which cited, in its entirety, one of the poems that most impacted the poet from Andalusia: “Lo fatal” by Rubén Darío. In fact, I cut my teeth as a translator of Darío with that very poem. Mine, however, was more a liberal “imitation” than “translation.”

I wasn’t able to conceptualize what I had done with “Lo fatal” until I took what, from this vantage point, became a seminal workshop at Notre Dame in the Fall of 2001. It was in that workshop, taught by John Matthias, that I was exposed to a text that became a touchstone for me: Imitations by Robert Lowell. Matthias’ workshop, coupled with my aforementioned connection to Darío, gave me the permission and the freedom to forge ahead with my personal project, where Rubén was concerned. (The godfather of Spanish-language modernismo—not to be confused with English-language modernism—was often referred to by his first name only.)

In 2011, at the ALTA conference in Kansas City, MO, I shared my journey with Rubén as part of a panel on the concept of duende. That same year I published three Darío pieces in a journal called  PALABRA: A Magazine of Chicano & Latino Literary Art, including the English version of a poem titled, “De invierno.”  Here’s the original:

I titled my version or imitation “Winter Hours,” and it went like this:

in a large, plush

just beyond, the angora

with silk, her eyes

to seep through. He enters

in silence, takes off his

of her face, a fleur-de-lis

But then, in 2012, Arizona State University issued a press release whose headline read:

One paragraph leapt off the page at me:

“The documents have already begun to alter the scholarship on Darío. The peer-reviewed ‘Bulletin of Spanish Studies,’ a prestigious academic journal from the United Kingdom, has published an article by [Alberto] Acereda in its September 2012 issue based on the letters found in the ASU collection. The article, ‘Nuestro más profundo y sublime secreto: Los amores transgresores entre Rubén Darío y Amado Nervo,’ reveals for the first time a secret romantic relationship between Darío and famed Mexican poet Amado Nervo (1870 – 1919).”

During the years I lived in Spain, my literary friends had given me the skinny on the closeted Amado Nervo, so no surprise there. But Rubén Darío?! His name had never been a part of that conversation. Lorca? Yes. His contemporary, Vicente Aleixandre? Yes. Luis Cernuda, another member of the noted “generación del ’27,” who died in exile in Mexico? Yes again. But not Rubén Darío.

The plot took an interesting, if disappointing, turn when Sergio Ramírez, the noted Nicaraguan novelist, penned a piece alleging that the Darío-Nervo letters were fake. This prompted me to imagine a response in the voice of Rubén Darío—from the grave: an epistolary poem addressed to Sergio Ramírez, one which pushed back, underscoring, in essence: the letters to, and my love for, Amado Nervo were real. I titled my letter-in-verse, “January 21, 2013,” in reference to the day Richard Blanco became the first Latinx, and the first openly gay poet, to read an inaugural poem to begin Barack Obama’s second term.

In the meantime, Alberto Acereda, the imminent Darío scholar cited above, published a follow-up article that clocked in at 30+ pages, unleashing an airtight case detailing why the letters in question were real. In his earlier piece, in Bulletin of Spanish Studies, he had offered: “[T]hese letters offer us a Darío and Nervo who are even more human, more passionate than what we imagined…”

This forced me to re-examine and re-consider some of my earlier English versions of Rubén Darío. I’d also learned that Darío and Nervo had indeed shared an apartment for nine months in 1900 in the Montmartre district of Paris. And so, the definitive version of “Winter Hours,” when it appears in my forthcoming book, After Rubén, will read:

in a large, plush

just beyond, the angora

with silk, his eyes

to seep through. He enters

in silence, takes off his

of his face, a fleur-de-lis

As if to underscore that we continue to live in an era in which homophobia can still manifest itself as merely another point of view, someone as recently as last year—2017—casually asserted to me over lunch on Capitol Hill that this Darío-Nervo business was little more than an effort to ensuciar Rubén Darío’s name. The verb—ensuciar—roughly translates: to dirty, to soil. The insidiousness of that verb, how it was used, caught me off guard.

Which brings me to the title of these updated remarks—ones I delivered at the recent Split This Rock Poetry Festival in Washington, D.C. in March of this year (2018) as part of a panel that imagined translation as a form of activism.  My “activism,” I argued, was queering Rubén Darío.

This is related to what I articulated in an interview for Blog This Rock last year, in my capacity as a finalist for Split This Rock’s Freedom Plow Award. I said: “[T]hese things are part of my work at resisting and combating efforts by others to erase (or silence) our GLBTQ histories, our LGBTQ lives; it has become part of my literary DNA.

Francisco Aragón is the son of Nicaraguan immigrants. He is the author of Glow of Our Sweat and Puerta del Sol, as well as the editor of the award-winning anthology, The Wind Shifts: New Latino Poetry. His poems and translations have appeared in various anthologies, print and web publications, most recently, The Wandering Song: Central American Writing in the United States. He is a member of the Macondo Writers’ Workshop, as well as a CantoMundo Fellow. A native of San Francisco, he is a faculty member at the Institute for Latino Studies (ILS) at the University of Notre Dame, where he directs their literary initiative, Letras Latinas. After Rubén, his next, full-length book, will be published by Red Hen Press in 2020, and will include a three-part essay, “My Rubén.”