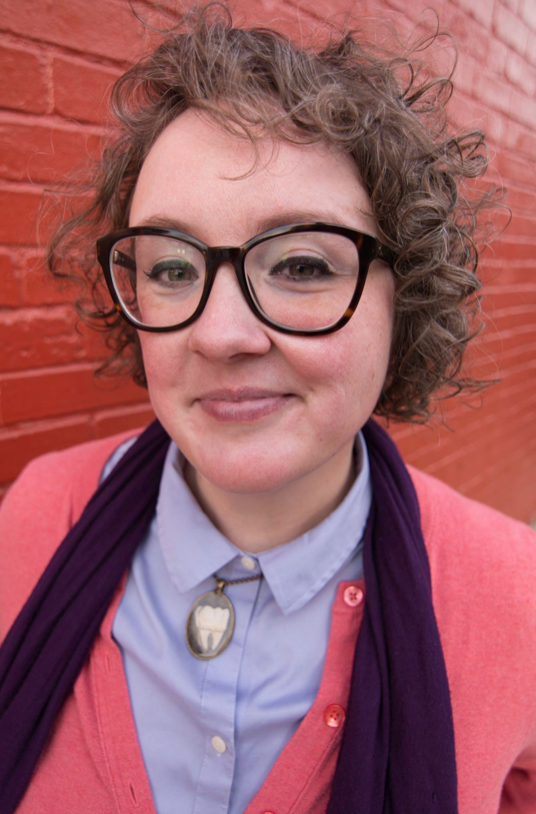 In the beginning there was no way to say

in the beginning.There was only the ah!

of those with lice and itches who were happystartled

by the seemingly miraculous

growth of their fingernails, underscored

in dirt. In the beginning

could only be mortared

together by someone who had felt water

running through their fingers in the grammar

of dying words. Death, like all children, grows bored of repetition.

baked in a farmer’s simple loaf, an elegy written

prematurely so that it becomes a curse.

All language is anachronism, so why not

give the first woman sensible

shoes with laces with which to walk

Birth control. In the beginning of understanding

beginnings, there were no prepositions

so that whatever was in

In this way, the water was

fish. The sky birds. Even some eyes

until they beetled up. There was never one

man to name the animals. Only a man

to name the man to name

the animals. Even now I speak with his

MY MOTHER CONFESSED I WAS CONCEIVED TO RAVEL’S “BOLÉRO”

And so began the formality

of my embarrassment. The nightly

polishing of the borrowed brass

jacket. In time, I learned

how to tie the bluesilk

at my throat, just below the absence

where a crabapple would have

bobbed if I had swallowed

one it in the womb. Now

I wear white gloves when attending

I am made of a man who took himself

too seriously, whose naked chest

for undershirts, & of a woman

who made him a season,

only to despise his storms.

If I had been a boy, my name

would have been Alexander.

(If I had been a boy, my father would’ve excused my behavior.)

Sometimes I fool myself

into believing my eyelids crash

look dead in the mirror, silkblue

in the seemly dawn. Sometimes

I imagine myself with a third leg, pantomimed

with the butt of a rifle, so I can dance

properly in time to the murmured 3/4.

In a time before wars

birds because the wars

we needed & the wars

which have never favored

of distance, a borderless

is no such thing

not when men make

of their hands calluses.

Emilia Phillips (she/her/hers) is the author of three poetry collections from the University of Akron Press, most recently Empty Clip (2018), and four chapbooks, including Hemlock (Diode Editions, 2019). Winner of a 2019 Pushcart Prize, Phillips’s poems, lyric memoirs, and poetry reviews appear widely in literary publications including Agni, American Poetry Review, Gulf Coast, The Kenyon Review, New England Review, The New York Times, Ploughshares,Poetry, and elsewhere. She’s an assistant professor in the MFA Writing Program and the Department of English at the University of North Carolina at Greensboro.