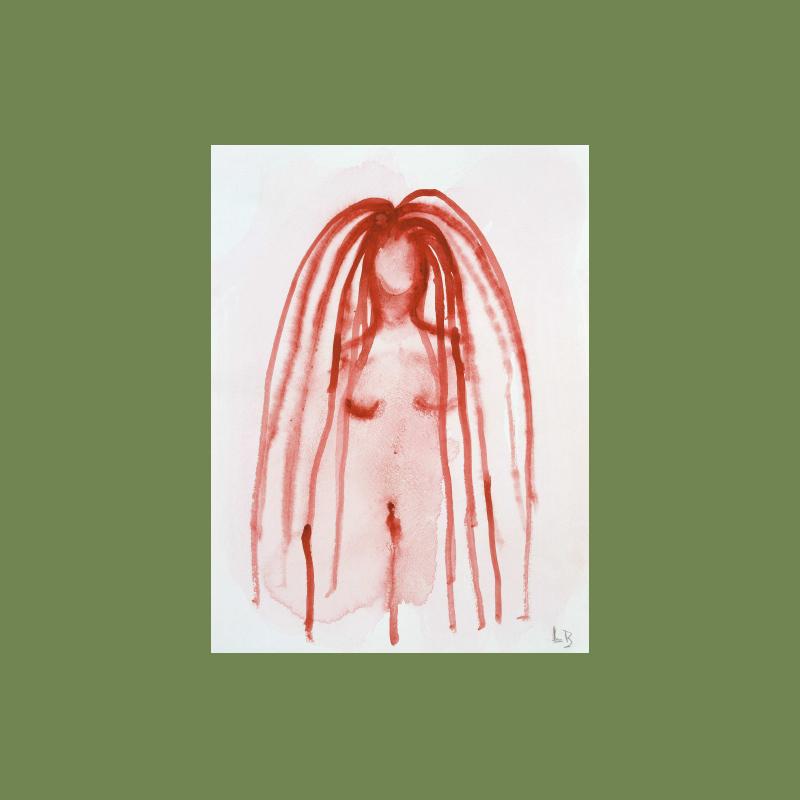 The spiders my arms by Jody Gladding

It changes you, her poetry, and not just her poetry but her sense of the poetic. With Gladding you begin thinking, in the best possible way, in the most necessary and invigorating and I’ll-never-look-at-a-poem-in-the-same-way kind of way, Wait—wait: what is a poem? Is this a poem?

OK, maybe they are or could be all those things… but not exclusively, not always. They can be more—or if not more, then something else, something perhaps we never imagined before seeing it there in front of us which is one way, it strikes me, to define magic. I long for magic. Not tricks, but mind-expanding and self-questioning discovery, I mean a rooted magic rooted in the world around us, a magic conjured by heartbreak and watchful attention, by the sounds of words and the sounds of dry grasses in the wind and who’s to say sometimes which conveys more meaning, more song. Gladding writes to us from that very place that place where all the magic we might hope for comes from and invites us to share in her wonder, despair, and joy, and that is a gift.

I don’t want it to sound like poetry is a problem that Gladding has come to fix. There’s room enough for every kind of poem, every kind of approach. I think the issue has more to do with imagination—specifically, our lack of it. What do you think of when I ask you what a poem is? Your likely answer—and I admit, this is still what flashes first in my mind—is comforting in its familiarity: short lines flush against the left side of the page. Or some variation on that theme.

In Gladding’s mind and hands poems have been just like that, of course, but over the years her words have journeyed out across the page. In her last book, Translations from Bark Beetle, they slid right off the edge. She wrote on icicles, egg shells, slanting chunks of slate, a poetry of objects and objects as poetry. Words became stone and were heavy and scraped both plinth and page. All day under the sun cold words dripped from the eaves, letter by letter, and fell away.

How do you read poems built to disappear?

How do you read a feather? Or a stone?

How do you read the world?

Once you’ve had all your preconceptions about poetry, about writing in general, challenged and found wanting, then you have start thinking about what it means to read. How do I read? Am I reading this right?

And so I wonder if “read” is even the correct word. That’s what I was getting at right at the start. I prefer experience. I think that works.

Because her poetry isn’t about.

It’s a poetry of the immediate, not the mediated.

You can see the progression in her work over the years, you can see now, looking back, how she has always been heading here. Describing things can only take you so far. Emotions. Objects. Situations. In Bark Beetle she took up the elements of the landscape that always fascinated her and inscribed them, joined with them. But now, in the spiders   my arms, even that fails to suffice. In some ways, superficially perhaps, this book represents a return to the confines of paper, but while her words before scattered and spilled into the landscape, here she is creating the landscape itself. Here by refocusing on and reconsidering the page, she expands it, grows it into a field, making it a place. She opens the ground, turns the soil, and lets things happen… erasing boundaries and border and then—and then we see that boundaries never mattered at all.

In “Not Ideas about the Thing but the Thing Itself,” Wallace Stevens writes about a “new knowledge of reality” that comes from reckoning with the space between imagination and world outside us and at first that feels exciting, it feels nice, but the more I think about it the more disappointing and empty it becomes. For Gladding, knowledge is more than an intellectual exercise, it’s more than the self grappling with perception at some tasteful remove from the world: knowledge requires action, it requires dirty hands and mudded knees.

So it is for the act of creating.

And so too for the act of reading/experiencing.

So go. Take up the spiders     my arms and walk out into a field of tall grass with your arms stretched wide feeling the tassels scratch at your palms and the insides of your elbows. Your feet grow damp in their shoes, your eyes water, your left knee begins to ache.

You walk and you walk and unknowable warblers rise and fall in front of you and at the corners of your vision, apples thud from overloaded branches, the wind catches in your ear and you turn to find a deer or a fox at the edge of the page, the field, so still, unbearable tension. A spider web snags on your ring. A phoebe perches alert on a stump, its tail bobbing. Flowers bloom and fade and you keep walking losing track of time and your thoughts flash and crowd endlessly untethered to any source (this is how our mind works, this is how these poems work), as immediate as anything else you sense around you, outside or in, and you walk and you walk and you reach the far wood and turn around wanting to cross the field again, but you can’t, the field is gone. Or a field is still there, but it’s not the one you crossed. Or it IS the one you crossed, but you can’t see the path you made. There is no path. There is only the grass and there is only the trees and there is only everything else you saw or heard and everything else you will see or hear the next time and the time after that.

Language is made of these elements, of the birds and the stones and the leaves and the sound of your own heart and the song of your own breath “The hawthorn in flower was my first alphabet,” Gladding writes (channeling René Char), slantwise, in the first poem of the book and that is not a metaphor.

And the same poem says, at the same time, “the hawthorn came into flower a white flame turning the alphabet to kindling.”

Poems of fire or flower, or both at once? Poems of ash. Poems that dissolve in front of our eyes, eyes blinking against the smoke.

Close the book and the ash sifts, the grasses sway, the fire sputters. Open it and the field bristles, the fire climbs, the air swirls. Our own movement matters, our eyes. Nothing here can be read or experienced the same way twice.

I understand intellectually that Gladding’s words are ink fixed to paper, but they resist being read that way. As I move across each page/field, the words and clusters of words seem to rise and fall and dissolve endlessly, not in a loop and not even in succession, but in motion, movement that operates according to its own internal energy or drive, movement at first barely discernible at the periphery that, when I dart my eyes to check, opens into a scuttling or twitch at the other end of the field. “Mote,” a poem about the creation of snowflakes… itself begins to coalesce into a snowflake. “Do if you have to practice” speaks of a nest while swirling around and around in kinetic nestmaking.

Every poem always either being or becoming or disappearing (and then regathering itself for the next time I arrive).

“Language is so alive,” Gladding has said. “It comes out of the landscape as much as anything else.”

The page may be flat but to Gladding it is a place to enter, a space to use and inhabit. She composes these pieces, in sections 1 and 3 (section 2 shocks with its contextually unexpected “normal” layout, flush left and straight lines), in groupings and clusters, “constellations,” she’s called them, each one flashing a bold through-line which is essentially an invitation to entry, a way to begin, but beyond that Gladding the poet relinquishes authority. It’s not that she claims no intent or interest in outcome: in fact, each poem here is meticulously constructed to lead the reader’s eye toward intersections of words and essential juxtapositions of potential meaning that are anything but random—the way a master landscape architect leads you from copse of trees to stone outcropping to hidden shade garden, or an installation artist guides you through a room, piece by piece, color by color, object by absence of object.

All of us, but this is especially true of poets (and perhaps landscape architects and installation artists…), are arrangers. We do not own language. We do not possess the words or the many ways we may spool and knot them. The words we have to choose from are as universal as sounds or stones, breeze or birdsong, memory or malady—and as elemental.

But what beautiful arrangements she makes. She writes, “till she could walk I carried her bending the light at my hip.”

She writes, “after losing his sense of taste my father still preferred white peaches.”

She writes, “another draft lifts ash that doesn’t remember being wood.”

Do we remember being anything other than what we suppose we’ve always been? I think it takes poetry like Gladding’s to alert us to the possibility that we could have it all wrong, or that we could be right in ways we never expected to be. Anything is possible. Poems of fire or flower. Poems of wood or ash.

And it’s uncomfortable work at first, being and becoming.

But it’s hard for me now to remember who I was before reading this book. Like the ash, I have no sense of what came before. But here I am, scattered by whatever wind, whatever breath, drifting wandering walking from page to page and field to field, more wholly myself, more able than ever to delight in the unknown and unexpected and uncomfortable, finding the uncomfortable increasingly to my liking, increasingly comfortable, so I am not only a better reader, I am a better person, more integrated into my own landscape, more attuned to everything around me. We need this. In this world we need this, to unlearn old lessons, to give up on unworkable old ideas, to wake into the beauty of not knowing what comes next with an eagerness to experience it, whatever it is, this something new that we get to help build, we need art like this made living of living things, made of consideration for our wonder, made of respect for our appetites and desires and memories and hopes, made of mourning and delight, these fields, these same fields so different in winter, in bloom, in heat, in flood, no place ever the same place for long, no life either.

So we go. We go together.