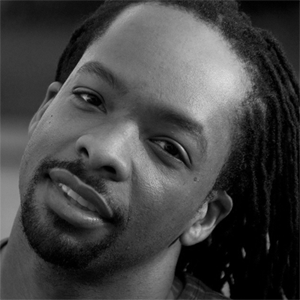 Jericho Brown’s Please explores the way love and violence coexist with each other and how the two sometimes intertwine. The collection of poems is categorized by four sections: “Repeat,” “Pause,” “Power,” and finally, “Stop”; the first three sections address self-identification both psychologically and sexually, his relationships with his father, mother, and lovers, and what it is like to tame terrorized beauty.

Brown addresses multitudes of issues that lay scattered throughout Please. The content is meaty and complex, multiple readings are required in order to fully grasp the dense matter. The narratives are not meant to be relatable; Brown is illuminating a certain darkness uniquely portrayed in each poem. In “Detailing the Nape” Brown portrays a grandmother literally attempting to scrub the blackness off her granddaughter’s neck; the familial poem brings up issues of black identity, recognition, and avoidance. “Lunch” reveals quiet homophobia and misrepresentation in a fast food joint: “The register takes my jealous / Stare for one of disapproval / And shakes his head at me. / To say, I hate faggots / Too.” The poem “Betty Jo Jackson” describes the relationship between the narrator’s mother and father; the speaker shares a story that his father repeatedly tells, a story about his mother who took rare and young charge against a vixen attempting to flirt with the father: “I guess you can tell / Why I’m so jealous of Betty Jo. She got / To see my mother back when she still / Wanted a fight.”  The collection of poems move fluidly through song and pop culture, two motifs that can be highlighted in Brown’s work. The poems are often narrated by using track listing, such as “Track 1: Lush Life”. The aggressive and lusty piece illuminates physical and emotional abuse that attaches itself to sex: “You can’t tell the difference between a leather belt and a lover’s / Tongue. A lover’s tongue might call you bitch.”The poem delves into the differentiation of abuse and affection, the leather belt a father used to beat his child and the leather belt a woman uses to beat a man in lust, in love.  Brown uses the track listing from time to time with select pieces in order to portray a unique sense of form and a melodic soundtrack that compliments his style, voice, and (heart)beat.

The form that Brown employs is  unpredictable. Written in free verse, lines are played with differently according to poem. The variety works for both the content and visual clarity. Blocks such as “Track 1: Lush Life” are juxtaposed with “Scarecrow,” a piece that is segmented into five sections and switches from coupled lines to short blocks. The poem “Tin Man” is best described as constructed open field; it is divided in three sections that could be read vertically or horizontally. This type of experimentation with lineage flirts with the danger of muddy meanings, but Brown executes this form of writing well. One can read, “In my chest / a slit of air. /Don’t say love,” or “In my chest. / Drop a penny. / Cities shine gray.” The poem works both ways and creates symmetrical white space for the readers to play with. In the poems, “Lunch,”  and “Idea for an Album: Vandross the Duets” adheres to breaking lines into tercets and couplets, respectively. This tight form compliments the straight-forward substance without distracting the reader with unorthodox line breaks.

In Brown’s Please, there is no quiet build up, there is only booming climax. The poet’s first collection of poems is masterfully presented with unique craft and conviction; Jericho Brown presents true monumental voice in American poetry. Please exemplifies brave and honest writing in a world that shrugs off or pushes away the controversial and the ugly.  New work by Jericho Brown will be featured in the Poetry International’s forthcoming 18/19 issue.