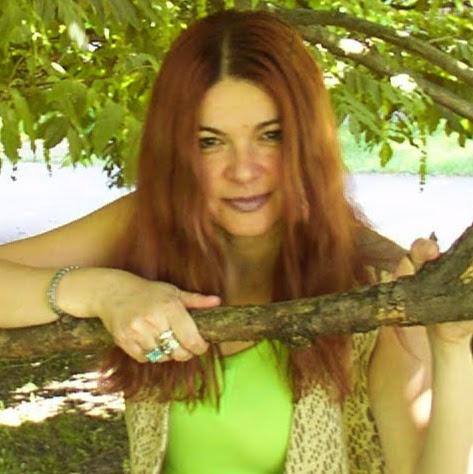 Rodica Draghincescu is an important European poet who writes both in Romanian and in French. She has published numerous books in various languages in Europe and has received major awards from the Academia de Lettres et de Beaud Arts in France as well as prizes in Pomezia Italy and awards from the Writers Union of Romania and Bucharest Writers Association, and is a fellow of the Academy Schloss Solitude in Stuttgart, Germany. In USA, she has published two books, Words, Under my Skin (Finishing Line Press) and Sharp Double Edged Luxury Object (Cervena Barva Press). Called by World Literature Today “one of the most spectacular figures in the new Romanian literature of the 1990s,” and a “postmodern Simone de Beauvoir,” this bilingual poet is among the most surprising and talented writers at work today.

Born in Buzias, Romania, Draghincescu was part of a movement of nonconformist Romanian writers that arose out of the fall of the Ceausescu regime in 1989. After teaching French literature at the university and doing research at the Romanian Academy, after publishing ten books in her native country, after five years of studies and writing in Germany and four books published in Stuttgart and Berlin, Rodica Draghincescu settled in Metz, France, where she now lives. In France, she has published, in addition to poetry, novels, books of interviews and literary essays and continues to edit international Levure littéraire (http://www.levurelitteraire.com), a major online journal which she has founded and which publishes writing in several languages.

This feature includes the translations of her work from both Romanian and French, the poetry about which The Orizon stated: “Written with the nerves of a pamphleteer and the shamelessness of a surgeon, as if proposing us to uncover the collective subconscious full of ‘photographs we are ashamed of’, Rodica Draghincescu’s poems cut your breath.”

Sight Doesn’t Take Everything In

Translated from Romanian by Adam J. Sorkin and Antuza Genescu

These Are Me and I Become My Own Friend

Should I do introductions?
this is the railroad
these the arms these the legs
this is the see-through dress
excited to make its getaway from the body
ALSO I HAD
a newly furnished head
I set it ASIDE
to bring it to its senses
I turned it over
to see its GREEN pinky-pink buttocks
also I had
a bouquet of fine features
two PER MUSCLE
in the style of the woman who sells absorbent cotton and tampons
maybe I also should have something
clear favorite conclusive
(like a shoulder with a grain de beauté
that immediately could realize if it were lied to
about spring’s arrival wafting Parisian perfumes)
these are FINGERS
(which my mother always counted
until I began to tell her MAMA
THERE ARE 10 OF THEM AND THEY STILL OBEY ME
now they glissando because
they’ve grown up
and need to move mysteriously
otherwise going to
other fingers’ parties seems pointless)
THIS IS SHAME an
arithmetic of silk
she’s young and can’t explain herself wellI let it make use of my body and it
pushed in close upon her
happy and not really used to
such sophisticated names
WHO asked it WHY
this is the train
a sort OF drawer
where I keep all manner of bodies
to put it bluntly
these are me and
I’ve become my own friend

Translated from Romanian by Adam J. Sorkin and Antuza Genescu

At birth
I appeared
Already oppressed in an air cage.
How amazing, what riot of colours
A stupefied godmother!
Compassion drowned in tears
She had an indelible pen
And on her lips offered on credit
Hung a suspended smile
She gratified me with a scribbled digit
Which she marked, consoledly, on my back:
Girl, two kilos, odd number: thirtynine
Strangled by the ombilical chord
Survival chance 26%, epidermal eruption
Talking to herself.

Translated from French by Constantin Roman

way out on the water

the way on the water

the aurora or the horror of the water

way in the water

the wind in the water

swish in the water

wish in the water

(out of danger and the logic of water)

the poem of the water

in the wawa water

(out of danger and the logic of water)

from water to water

the waves of the shipwreckers

waaa the waters of waaa

away from the water

wait in the water

Motto: “Don’t be afraid of happiness. It doesn’t exist.”

My image bites into all summaries, all eternities.

I couldn’t show you that image, it’s no longer there, it is searching for someone in the prime of life.

Struck down by its own blackness, Image died last night. I couldn’t imitate its death, it’s instantaneous, it changes times, pink and equal, the sides of its square praise a girl praying knees in the air at the age of seven. How can I show you the girl? Flesh of internal words, she moves from mauve to black, from crocuses to lilies of the valley.

I am her white shirt, where she no longer lives, but with which she plays in the sand. Sunk to the tip of her nose, she contributes to the composition of boreal concrete, speaking rock, between shirt and sand, making the buttons ripple: number 1, linked to negligent thought, number 2, to sentimental rustling, number 3, to the omniscient mouth, 4, tender caressing truth, glancing over the entire approaching body.

The shirt girl. And I, the jungle of buttons.

Show you that death? Day after day, its sounds grow in strength, and amplitude.

I happy sorrows and sorrow happinesses, unless the Devil jumps me.

How can I show you the “he jumps me”? That breath of, that angel huddling against my lips.

Ideal black, slightly outside white, the Devil doesn’t know how to knock or stroke, hence the discord of real-unreal, like the clock in a discotheque.

That reality died yesterday morning. It was my last witness. Its image lays a chick in the hurricane eyes where tears formed a Red Ice Age.

If I had to choose another death to come back to the world, I would like to strangle myself with a Perrault tale.

P.S.: Otherwise, for the last 3 years, I’ve been a magically frozen red frog…

– Place them in my palm

it smashes my face

spits my sure feelings

on my sure feelings

what’s the use of lying?

the use pretending to cry

on the death of someone sure

if all my “someones”

name the name of my mother and my

even when you don’t see yourself.

your names place them in my palm

how many little devil swimmers are there?

how many little dead angels are there?

so you can find them

what’s the use of talking about peonies

flower vegetables competing with your mists

what’s the use of writing badlywell?

have to say another thing otherwise without

drawing frankness with a quick stroke of the pen

I haven’t the pleasure nor the time to yawn

and shut my mouth after

my mouth after all is not

it is not master of our ideas

it is the pine cone of the face

charming long-winded lover that I don’t have

I’m the sad knight of summerwinterfall

don’t peck at the lace of your sleeves

nor the memory flowing deaths

I am the shooting star

I’ve the curiosity to make me unhappy

and give your feelings to be cleaned

the sharpeners of feelings and mirrors

my conscience hurls itself at me and cries

you chase after cultivated lovers”

no I never say mirror as mirror

nor feeling as feeling)

don’t know how to yawn poetically

nor kiss in a glance disastrous disasters and others

to what I make available my mouth

to what I make disappear my mouth

and that I speak entirely

in (on) the bias knife hey

me all dressed up me

my knife put yourself crosswise

The Cord of Poems

The fall is only the beginning of a philosophical journey:

Pull up the chair,

stop looking too much,

she’s not there to sit down!

You will do what you like with your chair and with your do-nothing,

you are just hung up on old memories,

You will say before saying something

never been anything but nothing itself and itself nothing,

every promise, every future, and that, full of you,

will have betrayed you,

yes, go on, take your place,

it’s better than saying no-yes in the mirror,

it’s better than being absence, trifle,

… the neighbourhood beggar talks to himself,

he hums a ditty,

he dallies from sentence to sentence:

He starts with the closest philosophies,

yes and no, no and yes, he empties your pockets,

he dresses in you,

he goes up to your place,

looks at the hanging tree,

flying high above, he tears off a few leaves,

he chews them, raw,

crosses the silence as far as him,

before becoming a disproportionate,

he likes your last and first names,

Poetry International is grateful to the author for allowing us to reprint these poems, which have previously appeared in her collections:

Words, Under my Skin, published by Finishing Line Press: (https://www.finishinglinepress.com/product/words-under-my-skin-by-rodica-draghincescu/)