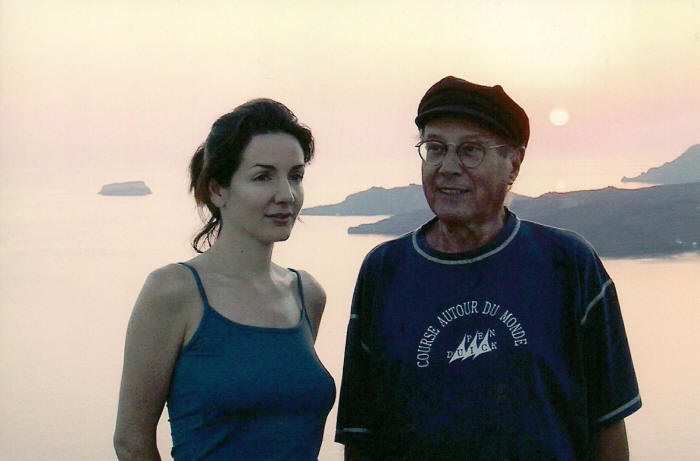 The late José Manuel Cardona, star poet of Ibiza, scholar, translator and literary victim of Franco, has died only very recently and his death has robbed Europe of one of its last links with a golden age of cosmopolitan, internationalist Spanish poetry. The fractures of the Spanish Civil War and the volcanic dispersal of Spanish genius as Fascism gripped Madrid has now, almost all of it, passed into the dismal history of Western Europe. Cardona was one of the last survivors, a witness of history, a heroic, unbowed Spanish soul. His peripatetic life in the service of the United Nations, a life that followed academic training in Nancy, Geneva and Barcelona, became a kind of metaphor of the mid-Twentieth century. He wandered because he was a political exile and he served the UN because, having seen the work of tyranny like Conor Cruise O’Brien or Sergio Vieira de Mello, he wished to place his intelligence and mental formation at the service of humankind. It was part of the sheer magnificence of intellectuals of Cardona’s generation that they never wavered in their belief in humanism, in our common humanity, despite all the provocation of world Powers involved in the Great Game. José Manuel Cardona never succumbed to cynicism despite that anti-Fascist life of exile and estrangement.

Near the end of his days El Bosque de Birnam: Antología poética was published as a late tribute by the government of Ibiza. The gesture ennobles them. Now it is available in the English language as Birnam Wood, a dual-language edition, published by the indefatigable Salmon Poetry on the windswept Irish Cliffs of Moher. The translation has been done by an equally talented poet, his profoundly gifted daughter, Hélène Cardona; and a great deal of Cardona’s baroque and classical intensity has been carried over into the English language:

‘This is the same river witnessed

by Heraclitus’ eyes even though it’s not

I ponder this way, spellbound

On the banks of the Danube

When the waters flow, furrowed…’

Inevitably, this is a great poetry of exile. But it is not one dimensional: the highly educated Cardona has many, many stories to tell the reader. This is a lush and richly textured poetry, a heavy Spanish brocade, poetry as artwork, poems as stained glass: ‘Circe, you recognise,’ he writes, ‘you decipher/ Enigmas and the color of the omen. / I always await the revelation. / I am among those who believe in magic.’ His mighty sequence ‘Poems to Circe’ has all the ambition and achievement of someone profoundly European. It is a work that can sit easily beside Seferis’s great poems of exile and return, or beside Elytis’s gigantic sequence of the Albanian campaign. This is Europe yearning: ‘Exalted were you in my dreams,/ Almost inaccessible like an island/ Sought and sought for years.’ Here Cardona addresses this goddess of the Sun, maker of wild beasts out of men in the Odyssey, this dangerous creature of Aeaea and the Roman Circeiiof Campania. Ultimately, it’s poetry that’s the true daughter of the sun but love, for Cardona, is the language of fire and the scattered universe of wines; Circe is also the land, the receiver of seeds. Circe, too, like love or home, is eagle, chalice, time and olive tree.  Understanding neither abundance nor rainfall, the poet bewitches or charms Circe – or tries to, rather – by claiming poetry’s kinship with Circe’s immortal essence:

‘But I believe our essence is the same,

Which is the trade of dethroned kings.

And with little I hold my vigil.

Don’t ask me anymore about the extent

Of my watchful arms. Distance

Counts sometimes as little as time.’

In these lines we can hear the desperation and exile of the Mediterranean wanderer, the Twentieth Century condition. The vigil against Fascism was so long, and so physically and morally expensive, that time and distance became interchangeable. It was not the sun or daughters of the sun who made beasts of mankind. ‘The foreigner knows that the land/ He most loves is not his and he remains/ Like an unfamiliar sailor among men’ Cardona writes in ‘Poem to Circe XIX’, and he goes on ‘I am iconoclastic and break idols./ I affirm and deny with the same force.’ His disorientation and inability to re-integrate reminds us of the forces of European history rather than pre-history or the era of the Immortals. The force and intensity of the verse here is beautifully captured by the daughter-translator who has left everything said and nothing unsaid from the intense originals.

‘It is beautiful to be born like birds/ on a stone nest,’ says the poet in ‘Ibiza,’ a golden hymn to a loved island refuge, a poem that opens the El Vendimiador/ The Vintner section of the collection. Ibiza here is ‘a word, a blaze,/ a little geography,’ the island itself becoming a metaphor for the poet’s life, that intense life of love after torture, of fig trees after exile. This paean to Ibiza is followed by an emotional Ode to the poet’s brother ‘Ode to a Young Mariner.’ In beautifully precise nautical and classical lines, drenched with the spray of details, the poet appeals to his brother not to voyage without him across ‘a ferocious foam.’ This is poetry of an intense brotherly attachment:

‘Wait for me, brother, when you anchor

your vessel in the sea you’ve loved.

No need to depart so alone…..’

Such fraternal intensity is carried over into the perfect lyrics of ‘Four Orphic Sonnets,’ four flawless sonnets that celebrate love, art, and the solitary passion of both art and human love. These seem like perfect works, jewels of the Spanish language, and Hélène Cardona has correctly decided not to mirror the rhyme scheme in English; rather, the thoughts flow unfettered as thoughts always should in good translation. These poems are the smaller diamonds in a sparkling collection, a book that quivers and shines like lacquer-work in direct sunlight. The whole enterprise here, the genius of the father and his undaunted Classicism, the fidelity and skill of the daughter-translator, makes for a rare and beautiful event in world poetry. Birnam Wood is one of the most impressive collections of poetry I’ve read in recent years.