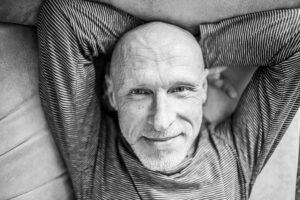 YURI IZDRYK was born in Kalush, Ivano-Frankivsk oblast, in 1962. He is a poet, novelist, and literary critic from Kalush. In 1986, Izdryk was deployed to the site of the Chernobyl disaster to help clean up the radioactive waste. Since 1990, he has worked as the editor in chief of the avant-garde literary journal Chetver. A prominent figure in Ukrainian alterna­tive literature and culture, Izdryk is the author of four novels in Ukrainian: The Island of Krk and Other Stories (1993), Wozzeck (1997), Double Leon (2000), and AM™ (2004). The English translation of Wozzeck appeared in 2006.