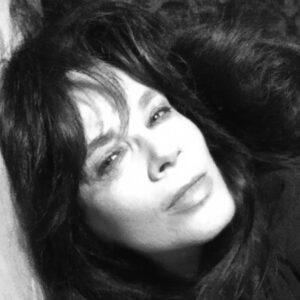 SARAH MACLAY’s Nightfall Marginalia is due in late 2023 from What Books Press, also publisher of The “She” Series: A Venice Correspondence, her braided collaboration with Holaday Mason. Earlier books (all, U of Tampa Press) are Music for the Black Room, The White Bride, and Whore, awarded the Tampa Review Prize for Poetry. The author, as well, of three chapbooks and “Fugue States Coming Down the Hall,” a script to perform, her work has been supported by fellowships and residencies from the City of Los Angeles Department of Cultural Affairs, Yaddo, and the Albert and Elaine Borchard Foundation, and translated into Spanish and Macedonian.

For the better part of two decades, she has taught creative writing and literature and conducted workshops for universities, festivals, and literary organizations including Beyond Baroque, USC, and Loyola Marymount University, where she is a Clinical Associate Professor and currently serves as Publications Coordinator, advising two student journals. She was also the founding artistic director of the gallery-based reading series The 3rd Area, in DTLA and Bergamot Station. She splits her time between California and her native Montana.