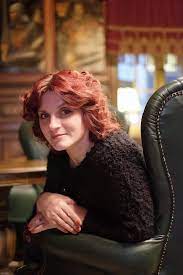 MARIANNA KIYANOVSKA was born in Zhovkva, Lviv oblast, in 1973. She is a writer, translator, and literary scholar. She is the author of nine books of poetry and one collection of short stories. She had also translated six single-authored volumes of poetry (from Polish and Belarusian). Kiyanovska is a recip­ient of prestigious awards, including the Kyiv Laurels Literary Festival Prize (2011). In 2014, Forbes Ukraine named her one of the top ten most influential writers working in Ukraine today. She lives in Lviv.