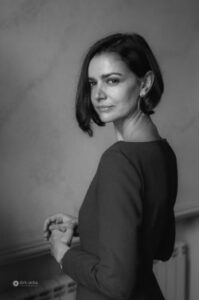 LYUBA YAKIMCHUK was born in Pervomaisk, Luhansk oblast, in 1985. She is a Ukrainian poet, screenwriter, and journalist. She is the author of several full-length poetry collections, including Like FASHION and Apricots of Donbas, and the film script for The Building of the Word. Yakimchuk’s awards include the International Slavic Poetic Award and the international “Coronation of the Word” literary contest. Her writing has appeared in magazines in Ukraine, Sweden, Germany, Poland, and Israel. She performs in a musical and poetic duet with the Ukrain­ian double-bass player Mark Tokar; their projects include Apricots of Donbas and Women, Smoke, and Dangerous Things. Her poetry has been performed by Mariana Sadovska (Cologne) and improvised by vocalist Olesya Zdorovetska (Dublin). Yakimchuk also works as a cultural manager. In 2012, she organized the “Semenko Year” project dedicated to the Ukrainian futurists, and she curated the 2015 literary program Cultural Forum “Donkult” (2015). She was a scholar in the “Gaude Polonia” program of the Ministry of Culture and National Her­itage (Poland). In 2015, Kyiv’s New Time magazine listed Yakimchuk among the one hundred most influential cultural figures in Ukraine.