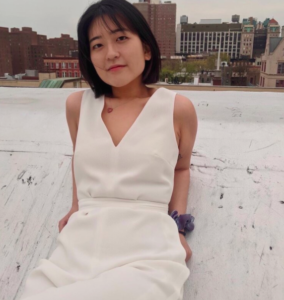 E YEON CHANG is an MFA candidate and Goldwater Fellow at New York University. Her work has appeared or is forthcoming in Nat. Brut, Pleiades, Split Lip, and Honey Literary, among others. She has received multiple nominations for Best of the Net, along with recognition from Palette Poetry’s Emerging Poet Prize, C.V. Starr Research Fund, and the Academy of American Poets. E Yeon wants you to know that, according to legend, the first Korean woman was born a bear.