By Poetry Intl Interviews No Comments 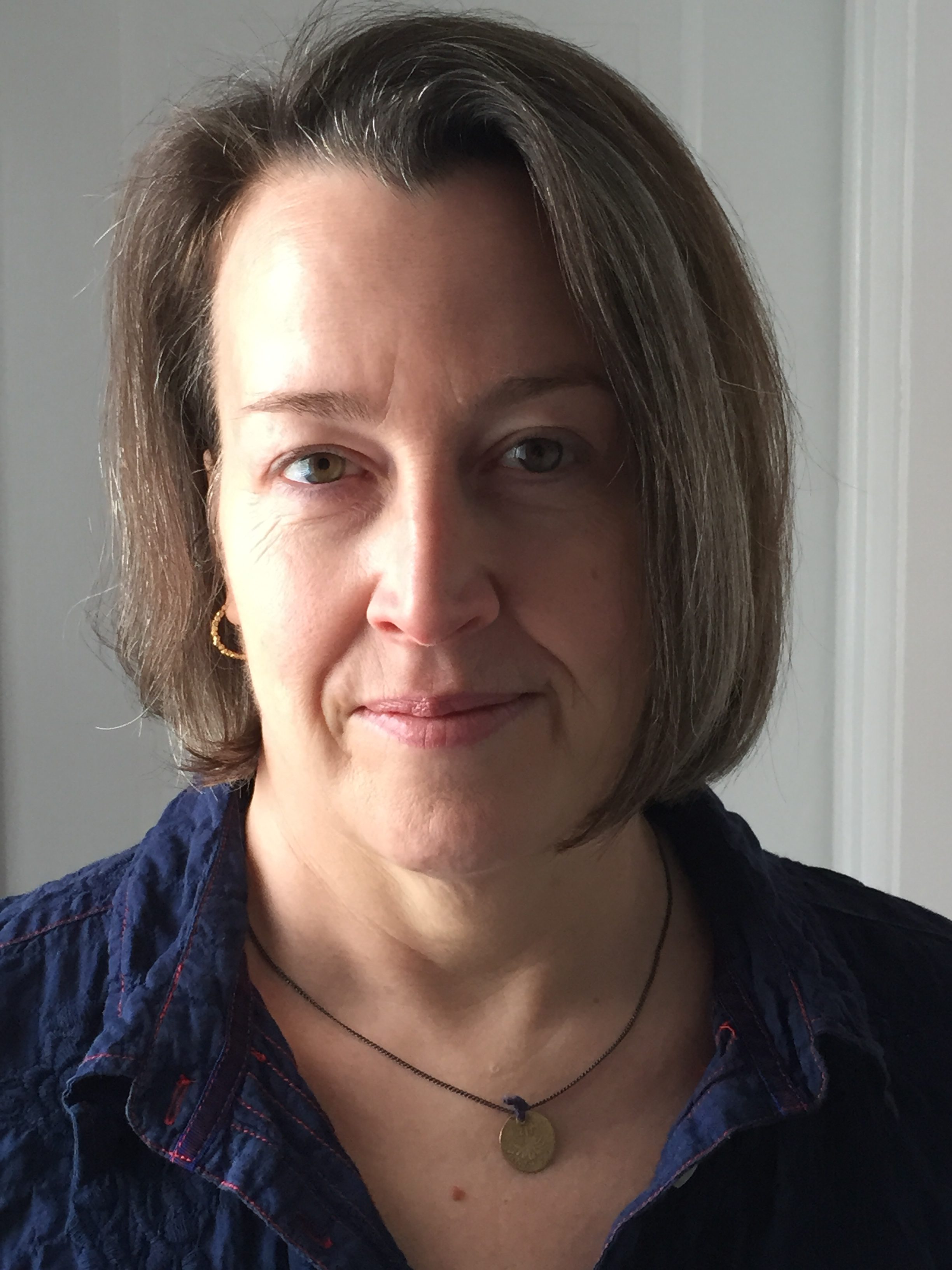 When one considers the position of a lyric poet today, it is a strange time. On one side, there is the overwhelming popularity of the narrative mode in contemporary poetry, at least in the mainstream culture. On the other side, the lyric poems that do seem to be published seem to favor the more obscure voices and tonalities. The clarity and music aren’t always in favor. And, yet, you have consistently chosen the lyric poem that insists on these two aspects of craft: clarity and music. Even as you write of strangeness, you do so with much precision:

We go by turns

how it suits us

Could you speak a bit more about this and about your view of a lyric poem?

Music, or at least some element of it, is an extremely important aspect of poetry to me, and I often begin a poem with a line or phrase that insists on making itself known by way of sound or a rhythmic pattern.

The poems I love the most have a kind of internal cohesion that counts as clarity to me, and I guess I strive for that in my own poems. But I guess clarity is also in the mind of the beholder, a bit—I am not at all interested in plain statements, more in what Emily Dickinson called “tell[ing] it slant.” That’s a strength of poetry, one that reveals different angles and resonances. These are part of the richness of language itself, and ambiguity and the possibilities that opens up are part of the kaleidoscopic nature of poetic clarity.

I am grateful for poetry as a place outside the noise of culture, though not removed from culture—as a place where you can tune in to something else, not above but through, perhaps. Poems make a place for silence—they are always working against, around it, or representing it—acknowledging the necessity of it. I don’t think the tempo has to be slow though or that poetry is only about meditativeness—it is also a place for screaming, shouting, protesting, marking, threatening. It exists outside the marketplace, has “no value” and therein is its strength, its value.

The poem quoted above arose from the experience of being out in the world with my daughter when she was very small. When you move through the world at the pace of a two-year old you experience things—everything!—in a much slower, more incremental way. A child’s witness of the world allows (perhaps forces) you to take notice of many things you might have walked past, stepped over, or otherwise ignored.  are pointed out to you, and of course your own connection to your child is evolving and changing all the time. Time itself takes on very different qualities. And for me, that deep connection to my daughter revived my feelings of connection to the natural world, to the magic and relief of stepping outside the relentlessly anthropocentric box we are mostly resigned to.

The lyric as a space for the solitary speaker is a deeply consoling idea to me. I think especially in contrast to the tumultuousness, cacophony, and obligatory uniformity of our particular historical moment it is to be prized. The individual reader meeting an individual speaker, in the unmediated space of the poem, is such a necessary respite. This is not to say it is an escape—I think it reinforces our particularity, our humanity. It’s a tiny hot spot of resistance.

I want to dwell a bit more on the question about music. “Body be sound / leaned and swayed,” one of your recent poems says. There is exactitude of physicality in your relationship to music. Could you speak on this? And, somewhat more specifically, I wonder if you can speak a bit about syntax and how syntax (and lack of syntax) works in your poetry? Some of your recent poems avoid punctuation, and yet exactitude and meticulousness of presentation are apparent. Would you speak a bit more about the use of music in your work in general and about the decisions you take when it comes to syntax more specifically?

In that poem I was ruminating about the physical body and the things it can do, and maybe trying to think the body out of the corporeal realm and into another—one of movement or music, perhaps. It was written pretty soon after my father’s death, and he died just a few months after my daughter was born, so I was right there in the middle of the great transitions and thinking a lot about them. I take a great deal of solace in the fact that our bodies return, break down to their component parts after death, and our physical matter becomes part of other “stuff.” Similarly sometimes we hang on to particular words or phrases, or punchlines or songs, that “belonged” to another person, and become imbued with a certain essence of them.

Maybe the poem is an attempt to say, can I call you back, in the sense of giving you form in this form, the poem?

As for syntax in poems, well, I was crazy about John Berryman for a long time and I think the strenuousness of his syntax made a deep impression. Gwendolyn Brooks, also: she could make an entire poem turn, or turn around, through syntactical surprise and then the poems would open up philosophical matters. And I have an abiding love for Dylan Thomas, for which I was scolded once by a Famous Poet, but I am not ashamed. He could be completely over the top—lyrically as well as in life—he was well and truly himself.

Your poem, Strayed, is a beautiful elegy. There is a long tradition—from Milton’s  sonnet 23 to Montale’s Xenia) of elegies that also double as poems about dreams. Most of these poems (just as yours) seem interested in double-vision, wherein grief is also a revelation of some kind (suffering is a simple misunderstanding your poem tells us). I am interested in this kind of duality that is inherent in the lyric poem. So, I wonder if you could speak a bit about this. What kind of dualities do you find yourself obsessed with, and coming back to, over the years? Why?

I’m not sure I think of them as dualities, but I do spend a lot of time thinking about death and life. I am attracted to transitional zones, liminal spaces, and interested in the overlap between physical and spiritual states—like where does neurology end and imagination begin? And I’ve become quite obsessed with places where you can see evidence of the past—the man-made past, the built environment being overrun/overgrown/overtaken by nature. I think it reminds me in part of the conviction I had as a kid that by entering certain places I could, if I concentrated very hard, catch just a glimpse or phrase of the past. Hallowed ground is a very real concept to me. I was fortunate to have spent a lot of time outdoors when I was a kid.

“Strayed” was one of many poems I wrote to, and about, a friend who killed herself. For a very long time I dreamed about her, but I also (and perhaps more often) thought I saw her when I was out doing something and saw or heard someone who looked or sounded like her. That’s very common, I think. It was distressing though how many mundane activities could inspire these associations, and how they swamped me for quite some time. But then the initial, intense stage of grief changes to a lower register, becomes a more settled part of life.

I really hate how we glorify death and are so dishonest about it in our culture. The distance we impose between us and it feeds our ever-intensifying epidemics of violence. I think the fact that we can’t be honest about it, nor about our fear of it, is at the core of many of our problems.

I wonder if you could speak about your influences? Were poets like Dickinson, Niedecker or Ponsot important to you? You are also an accomplished translator. What role does translation play when you consider your own work?

Yes, I love all three, very much. To them I would add Louise Bogan and Eleanor Ross Taylor. There are other poets who are extremely important to me and whose work I know only in translation: Paul Celan, Ingeborg Bachman, Elsa Lasker-Schuler. I have recently been reading a lot of Volker Braun and Günter Eich, who are bracing to read, particularly at this juncture in American history.

I think that translation has affected my thinking and writing generally, but that goes back to the experience of living and working in another language, and in a different culture. I’m not so aware anymore of what it is exactly that is different in my own mind, the way I was when I was first learning Dutch and then again when I returned to the US. I go a little bit word by word, or phrase by phrase anyway. I’m more aware of the ineffable “something” that can hunker behind a poem, refusing to be translated, but stoking the engine of it nonetheless. I think that “something” can be present in English-language poems, too, so it’s less an issue of translation maybe than different methods of apprehension.

But it’s still amazing to me how poems, filtered through the vocabularies and imaginations of different translators, can have such varying resonances and effects, at least on me as a reader. I think we are very fortunate that such attention is (finally) being paid to translation and the gifts it creates.

pale moon and I

and all the tempest talk below

Here in the halt

We go by turns

how it suits us

You’ve made your bed they said

now you must lie in it lean

down the length of it sink

through the half of it mind you find

rest in it now that you’ve settled it

stop finding fault with it thread

made it you’ll mark it stake

timbers up top of it drag sails

round the mast of it carry the flag

Bound in the brick of it pressed

in the print of it stitched

down the seams of it tucked

up on top of it held up for half

of it mind you keep right of it

In the dream you are a dark shape,

With a wave of your hands you show me

after its answer, indifferent to grief.

and with it you are gone again,

for now you cannot stop vanishing.

Still the rage of it hangs in the air

stinging and dirty and burnt, a pyre

heaped around your orphaned heart,

that sifts through any dream of sleep.

of fists and thrusts

How it would be:   life on the one hand

ring on the other and the rind

the rump   the rest of you

wrung in a clabber of soap

and steam   strung on a bone

of days    drawn through white

woman on hands and knees

thrifty as a knife    blanked by motion

would rummage for shape

its lures and rumors left to stoop

past sundown:   days in and the door out

Even the leaves   will have shed

their trees   here with the rain out

feeling for air    swift and secret

said to be spared