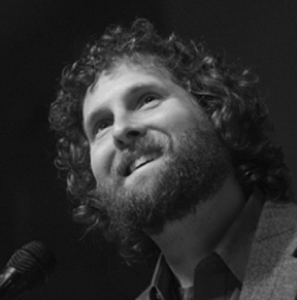 Jeffrey Angles is an award-winning poet and translator. Born in Ohio, Angles first became enamored with Japan during a visit as a high school exchange student. He began translating as a graduate student and earned his Ph.D in Japanese literature with what would serve as the basis of his book Writing the Love of Boys: Origins of Bishonen Culture in Japanese Modernist Literature. In the years following, he has received various honors; Forest of Eyes: Selected Poems of Chimako Tada won both the Japan-U.S. Friendship Commission Prize for the Translation of Japanese Literature and the Harold Morton Landon Translation Award, and in 2017, Angles became the first American to be awarded the Yomiuri Prize.

I understand that along with translating Japanese poetry into English, you also write original poetry in Japanese. You have also mentioned Japanese poet Takahashi Mutsuo notes your writing has “an unusual, quirky logic to it,” inimitable by any native speaker. Do you feel this style exists in your translations as well, or just your original work?

I am not sure if my English has a quirky style to it, but I doubt it since it is my own native language, and no one ever says anything about it to me. LOL

All joking aside, when I translate in author from Japanese, I try to figure out what is unique about his or her style in the language. Then, I try to think about how to reproduce a similar effect in English. If a writer is smooth in Japanese, I think you should be smooth and English. If a writer is working with artificially elevated language, I think that should be reflected in the English. My point is, I try not to make a writer sound quirky in English if he or she is not quirky in the Japanese.

In a previous interview, you noted that nearly a third of new books in Japan are translations, as opposed to about 3% in America. Do you see translation as a growing field?

Unfortunately, it seems that the numbers of translations in Japan are decreasing somewhat. Fewer young Japanese readers are interested in the world literature than in the past, and so editors at big publishing houses have told me that there is a trend toward publishing more Japanese writers rather than commissioning new translations. Still, the average Japanese reader has access to a much, much larger swath of world literature an American audience. There still are a lot of translations out there, and the Japanese think it natural, especially given the geography and relative linguistic isolation of their nation, that they will need to read translations.

I see translation as an underrated field amongst budding writers—it transcends original writing in that it opens previously locked doors and connects languages and cultures in a unique, defining way. What does the act of translation mean to you, and how does this apply to selecting pieces to translate?

I agree with you. A translator makes available a voice that was not previously available. One of the things that I think about a great deal when choosing a text to translate is whether not that voice has something important and unique to say to English readers. That is one of the reasons that I have translated so many feminist, queer, and socially engaged writers. I want those voices to be heard.

I imagine alongside translation exists a need for a deep cultural immersion, and you note that certain translations have required extensive research of ancient Japanese history and culture. Do you feel such intimate exposure to Japanese culture has expanded or otherwise altered your personal worldview?

Oh my goodness. Of course my world has grown much larger thanks to my time in Japan and my many years of reading Japanese literature. Those things have given me a perspective on the world that is much different, much broader from the perspective with which I grew up.

I’m particularly interested in your book Writing the Love of Boys, wherein you mention that Western readers of manga are often struck by the prominence of male—male love. This seemingly highlights a distinct shortage of such content in Western media, which could be addressed through not only new content, but translation of already existing content. Considering increased pushes for more representation in all media, what role do you see translation playing in shaping representation in media?

There is a little bit of a chicken-and-the-egg problem involved here. The reason I say that is because as we all know, translations can give a particular audience new ways of seeing or thinking about the world. Nonetheless, in order to be published, there need to be larger institutional forces (publishers, media outlets, literary foundations, granting institutions, etc.) that financially support the translation and its printing. For that to happen, those institutions need to believe that the text will make money. That means institutions and media outlets that a 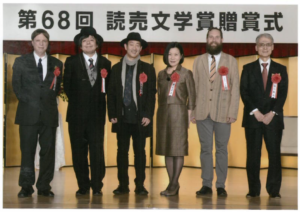 re determining from the onset what kinds of translations will become available.

If we have supportive media outlets, then it is more likely that translators—many of whom are doing their work already—will be able to usher new voices to the fore. However, as we all know from watching the xenophobic trend in American politics these days, not everyone is supportive of learning more about the outside world.

Still, I have hope. I still believe that translation is one of the ways that we can move outside of her world and into somebody else’s, translation allows us to sense the spirits, thoughts, and world views of others.