By Poetry International Interviews No Comments 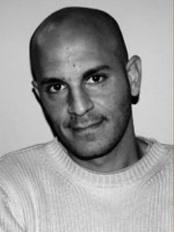 The son of Palestinian refugees, poet Fady Joudah was born in Austin, Texas, and grew up in Libya and Saudi Arabia. He was educated at the University of Georgia, the Medical College of Georgia, and the University of Texas.  Joudah’s debut collection of poetry, The Earth in the Attic (2008), won the 2007 Yale Series of Younger Poets competition and was a finalist for ForeWord’s Book of the Year Award. Joudah translated the final three collections of Palestinian poet Mahmoud Darwish’s work in The Butterfly’s Burden (2006), which was a finalist for the PEN Award for Poetry in Translation. Joudah lives with his family in Houston, where he works as an emergency room physician. He has been a field member of Doctors Without Borders since 2001.

PI: You are known as a major poet in your generation and also as an important literary translator. Could you please tell us a bit more about your work in translation in general, and more specifically about your new project – translation of Ghassan Zaqtan?

FJ: Your generosity means a lot to me. I am sure I am not a major poet in my generation, if only because my generation does not generate major poets without graduation (into time), and time, in me, is still young and has not ended. My translation work began as a celebration of Mahmoud Darwish’s work. His influence on world literature has been palpable elsewhere but leaves much to be desired in English, in my opinion. His work still recalls the barriers power places on cultural value and human essence. He is a resistance. And his poetry has in it something for all comers. And a private lexicon.

My new work on Ghassan Zaqtan’s poetry is a further opening up of that domain in poetry, which Deleuze called “minor literature” when he referred to Franz Kafka’s works. Palestinian poetry has much to offer us if we are interested. It exists in a deterritorialized existence par excellence, a marker of our age, beyond the self-referentially that Derrida and Fanon Frantz derided us for in the West. And Zaqtan’s poetry is in stark contrast to Darwish’s, perhaps to the same degree that contrast exists between a Beckett and a Yeats.

The new collection, Like a Straw Bird It Follows Me, carries so much in its title. The “it” here is specifically the poem fragment that he as poet “could not retrieve from muttering,” but also could not forget or abandon. And generally the “it” is memory. And how does one (Palestinian or otherwise) live with memory: it is an essential task not only for the poet or artist but for anyone. Zaqtan’s movement toward a becoming, a metamorphosis, is often beyond mere representation or mimesis, although there is some of the latter for sure, as he has a whirling narrative bend in his style as well, and a predilection for catalog. It is his multi-modality that attracts me, and I feel a natural likeness to it. There is also his private lexicon, his straw bird is a bunch of wolves and horses and corridors in houses that keep recurring in widening ways.

PI: What about Zaqtan’s standing among other poets in the Middle East?

FJ: Standing is an interesting problematic of representation isn’t it? I can say, and I would not be fibbing, he is perhaps the most important Palestinian poet writing today, but you can find others who’d disagree. Whatever the case, his presence is significant in Palestinian poetry, and in Arabic letters. Yet who does one ask? What do we do here in the US to “determine” such matters? Provide awards; run a popularity poll; examine sales? What I am trying to say is that what remains is the language, as Arendt said; what remains is the poetry for us to embrace, to judge. That translation is treated as an “ambassador” of sorts, a representative of a larger being is both good and not so good, fair and egregious. Take Russian poetry for example. Michael Palmer dedicates a beautiful cycle in his latest book, Thread, to Aygi. If you ask me about Russian poetry I’ll say Akhmatova, Pasternak. Same thing for Chilean and Irish poetries, etc. I want to avoid the illusion of “inheritance” and power dialectics through the work of translation as much as seems possible to me. Ghassan Zaqtan is a very important and unique Palestinian, Arabic poet. His aesthetic speaks for it. Not his biography or his awards.

PI: Could you tell us a bit more about the recent book tour that was planned for Zaqtan, and why it did not happen?

FJ: And then the irony of power comes closing down on you. After all I said in the previous answer, the U.S. State Department and Homeland Security policies force me into a corner, subjugate me to power structure, limit my and Zaqtan’s identity and entity to a political object. Sadly some of this kind of thinking, knowingly or unawares, trickles down into some minds in the poetry world, when envisioning the Arab or Arab American poet (and if not that,the political per se, then it is the “Sufi” cliché).

There was no reason for Ghassan Zaqtan to miss his tour because the process takes too long when it comes to “clearing” and “declaring a Palestinian “safe” to travel to the US. And this also affects other Arab artists, authors, and Muslims; a throwback to the dismal policies that denied Neruda and Marquez and Lessing entry to the US in the past, as well as directly and indirectly keeping Darwish out as well. Is Yale not enough (or Wesleyan before that with the Pakistani poet, Afzal Ahmad Syed) to “clear” a name in a dignified and respectful manner and timing, or must one resort to “people in high places,” Pen America and ACLU and others to get matters resolved? In telling us that we don’t know what is good for our minds and safety, we evoke the Orwellian; and in blindly following the banality of procedure, we conjure the Kafkaesque. Either way, it is alarming.

PI: What would you suggest for fellow American poets to do if they want to support Zaqtan and his work?

FJ: I think it is important for people to know this goes on daily and has been going on for decades. It should alert people not to echo so much of the cliché language regarding, in this case, Palestinian or Arabic poetics that only reinforce the dialectics of power. How is there to be a true dialogue and humanizing of the other when that other is constantly being defaced, absented? In his poem “Wolves” Zaqtan mentions “the absence that never stops.” I think poets should get the book and read it, not to confirm that Zaqtan is not “dangerous,” (an insult that was well practiced in the past when reviewing Darwish’s work, for example), but to celebrate poetry’s place in the world. It is an honor to poetry that Zaqtan’s visa was not granted in time for him to come to the tour that had been planned in advance for months. It is an honor to poetry that it should stand with the millions who suffer draconian banality in the world.