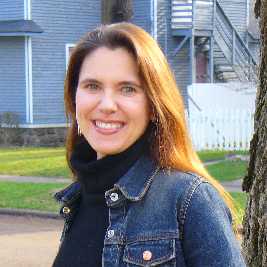 “Never put off till tomorrow what may be done day after tomorrow just as well,” Mark Twain tells us, and he may as well be describing the writer’s life derailed.  I imagine all of us experience degrees of complacency in our writing practices, periods of time when initiative dries up or we backslide into the dreamy sense that life is long and we’ve plenty of time to get it right.  There will, we hope, be other moments, but when the daily tasks clutter the ideal conditions for creativity, it’s too easy to drift sideways into a state of continual procrastination. Myself included, many writers exert substantial energy in justifying a lack of production, the neglect of a project or the idea that more time away from writing will clear-cut the brambly consciousness for the moment when the great lightning strikes.  What we have are imperfect days that come with no promise of lightning.  This is when a healthy reminder of mortality is beneficial.  Three prominent experiences jolt me out of complacency and remind me that new work happens now and not in some windy-voweled future.  An owl.  A soldier’s uniform.  An internment camp. I’ll share them here with the intention that others may discover, or remember, their own lessons in urgency.

Two years ago, I went on an artist residency at Hedgebrook. Every day before a vigorous writing session, I headed out to Deer Lagoon to look for bald eagles and to view spectacular water birds including a regular group of herons.  I am told the collective phrase is either a hedge, a sedge or a siege of herons. I’m not sure any of those feel accurate, but the herons rose up out of the shallows with an elegant stoicism, often staying in the same place for over an hour before executing the perfect lash of their snakelike necks toward the insinuation of fish.

This was mid-February, and on Whidbey Island, the barred owls were mating.  The eight-note call has a mnemonic of “who cooks for you, who cooks for you-all,” although it’s hard to hear that phrase without also hearing a grandmotherly voice waving a wooden spoon at an ungrateful table of relatives who have lost interest in learning the old recipes.  It’s not an easy task to approximate nature.  The barred owls nested in tree holes lined with feathers or grass along the path I followed each evening to eat dinner, my head spinning the day’s new fragments around, slowly reawakening my senses in the cold snap of air.  It was such a night when I was struck upside the head and brought down to the forest floor.  Disoriented and dazed, I assumed fallen branch only to look up from my knees and see a female barred owl flying off, her three-and-a-half-foot wingspan sweeping slowly and silently through the alders.  I found out later that barred owls have fenestrated wings which make no sound, and I can attest that this is so.

The owl incident caused a stir among the other writers who were not as interested as I was in being hit in the head with an owl, but I appreciated the formidable bump blooming across the scalp, the desire to have an intimate experience with nature and being met with an ambush.  It seemed the perfect instruction for the writer, some totem of wisdom smacking any comfortable notions of progress upside the head, and saying Wake up, get with it. That night, I covered my cabin walls with If not now then when? on yellow sticky notes, and every time I felt the stale yawn of complacency, I revisited the mother owl knocking me back to the task. In the days that followed, I finished a memoir I had been working on for four years.
*

In San Francisco a few years ago, there was a wonderful benefit called Mutanabbi Street Starts Here.  Mutanabbi Street is the ancient nexus of bookselling in Baghdad, its name deriving from 10th Century classical Arab poet, Al-Mutanabbi.  I am told it was a curving street teeming with bookstores and outdoor book stalls and was “the historic heart and soul of the Baghdad literary and intellectual community.” On March 5, 2007, thirty people were killed and one hundred wounded when a car bomb exploded on Mutanabbi Street.

The Mutanabbi Street Coalition was formed by San Francisco poet and bookseller Beau Beausoleil and printer and Professor Kathleen Walkup to memorialize the tragedy, the loss of life, history and text.  The coalition consisted of over forty letterpress printers. Together they represented a creative response to the tragedy by designing and printing the work of Iraqi poets on limited edition letterpress broadsides, the sale of which supported Doctors Without Borders.

I had the privilege of being part of a letterpress group that printed one of these broadsides for the benefit. Led by poet-printers Katherine Case and Annie Stenzel, our group of seven worked with a gorgeous poem by Abdul-Razzaq al-Rubai; translated by Salaam Yousif and Brenda Hillman.

The Grandchildren of Sinbad

When the boards of our broken ship were broken
And the horizon grew pitch black,
We gathered our tears
And the letters of the drowned
And we wondered:
Have we arrived on dry land
Or have we lit our night stoves
On the backs of whales?

As we primed the Vandercook press with indigo ink for our first night of printing at the San Francisco Center for the Book, Katherine told us of an amazing gift she had received.  A former U.S. soldier and paper maker from Vermont had returned home from his tour in Iraq filled with complexity and misgiving, grappling with a need to somehow change what part he had played in the war.  In response, he took his sand-colored fatigues and boiled them down, making an unusual thick and sturdy paper. He had heard about the Mutanabbi benefit and had sent ten sheets to San Francisco. It was surreal and deeply moving to roll what had been his worn uniform through the old press and watch the words etch themselves into the fibers.  A copy of the broadside hangs above my writing desk and holds within it the import of transformation, reminding me that what I do matters and that I had better do it right now.

I have one last kind of reference point, an even graver experience that drove home this sense of mortality.  Last summer, my husband Chad and I spent a month in Prague. We had the opportunity to go to Terezin, an internment camp outside Prague where prominent Jewish writers, artists, musicians, composers, playwrights, professors and opera directors were specifically concentrated.  These leaders of the fine arts were sent to live in cramped quarters for months or years before most were transported to termination camps.  While in Terezin, they continued to produce creative works with whatever means and materials they could scrape together.  Dramatists created a makeshift theater where the children of Terezin performed plays and musicals written collaboratively by musicians and playwrights. “Brundibar” was performed over fifty times by the children’s choir and troupe.  It told the story of a terrible ogre who had taken over a village but was stopped by the children’s cleverness.  There is a gallery at Terezin that houses vast displays of artwork both by children and adults, librettos and their songs being played overhead, scripts and costumes for the children’s plays, literary magazines and a wealth of poetry and fiction.  The body of work that was created under horrendous conditions in a brief time, and the portion of it that was somehow preserved, is staggering.

I’m not suggesting that it is appropriate to compare one’s comfortable contemporary American life to any of the artists in this tragic situation, but witnessing their work brought an indescribable awe and respect for the urgency and humanity of the creative process, and if it had anything at all to say to me about my life on the other side of the planet in a time of privilege, it was Try harder, you fool.

Jennifer K. Sweeney’s second poetry collection, How to Live on Bread and Music, received the James Laughlin Award from the Academy of America Poets and the 2009 Perugia Press Prize.  Her first book, Salt Memory, won the 2006 Main Street Rag Poetry Award.  Nominated six times for a Pushcart Prize, her poems have appeared in numerous journals, including Southern Review, Hunger Mountain, Crab Orchard, Spoon River and Passages North where she won the 2009 Elinor Benedict Poetry Prize. Sweeney holds an MFA from Vermont College and serves as assistant editor for DMQ Review. After living in San Francisco for twelve years, she currently lives in Kalamazoo, Michigan, where she teaches poetry privately.