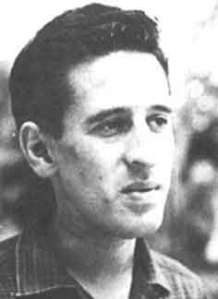 Roque Dalton (1935-1975) was a Salvadoran poet and journalist.  As a result of his political activities, Dalton was frequently imprisoned, escaping the death sentence more than once, once when an earthquake leveled the walls of the prison in which he was held.  He lived most of his life in political exile (in Czechoslovakia, Mexico, Guatemala and Cuba).  He returned to El Salvador in 1975 as a member of the People’s Revolutionary Army (ERP) and fought as a guerrilla in several revolutionary movements.  Dalton was assassinated, reputedly by a member of a rival Maoist faction of the ERP.  He wrote emotionally strong, sometimes sarcastic, and image-loaded works dealing with life, death, love, and politics.  He is celebrated, not only on postage stamps in El Salvador, but as a key figure of the political arts in Latin America.  He is considered one of Latin America’s most compelling poets.

Once we had a final draft, we each wrote a brief two hundred word summary of our experience with the group translation project.  We wanted to capture the elements of the process that made the work fascinating, enjoyable and challenging.  There was agreement in the group that translating poems as a team allowed for multiple perspectives based in diverse language and cultural experience/background.  What we shared was a love of poetry and language, and that above all else, made us excited to discuss each line to death, and to compromise when we recognized the point-of-view or perspective of a colleague best served the poem.  The native Spanish speaker helped us fine tune our understanding of the poem in Spanish, and the native English speakers helped us understand how an English speaking audience would receive the poem.  It was through the discussion in person and with all members of the group present when we really learned from one another.  As each of us had to explain why we translated a line a certain way, it was fairly easy for the group to acknowledge which version was more useful, and in many instances, why merging two or more versions into a brand new one was even more powerful.  By the time the process was over, we all recognized that the finished product was far more interesting than any one of our individual attempts.

There were challenges though.  Coordinating meeting times for four very busy people, and arranging appropriate deadlines, required flexibility.  The entire process from poem selection to final draft took at least a month and a half longer than initially expected.  Although we compromised, there were words, lines and approaches that some members were attached to during the process, and even after a compromise was made, the change did not always sit right with an individual translator.  Each one of us found a point in the poem which we wish had been slightly different, and we each had to make our peace with the final version in some way since no one had complete control over the final product.  Even though this meant each translator endured some small disappointment because of the group decision making and compromise, we also unanimously felt that the overall product of the group was more powerful than any one individual version of the translation.

In the end, each member of the group enjoyed the process and agreed that we should continue to translate at least one new poem together each semester of next year.  We even discussed working together in some way over the summer to do more translations.  Perhaps the most exciting outcome was that each of us feels driven to continue translating, and for that, the group translation process itself was empowering and motivational.

We hope you enjoy the final version of the poem below, as well as the quotes from individual group members that follow.  We challenge you to go out and find a group of friends or colleagues and start a group translation club of your own.  As Roque Dalton once said, “Poetry, like bread, is for everyone!”  Happy translating!


Each day the dead are increasingly unruly.

Before they were easier to deal with:
we’d give their stiff collar a flower
we’d praise their names in a list longer than:
the borders of the homeland
the shadows of the distinguished
the monstrous marble.

The corpse signed up to be remembered
returned to the ranks
and marched in sync to our old music.

But what now
the dead
have changed since.

It seems they are more and more aware
they are the majority!

“Words hold such power and choosing one word over another made me realize the important role I played as a translator in this process.”

“I was not aware of the poet’s inspiration for writing his poem, and having limited background on the current situation in El Salvador at the time it was written, I was forced to re-evaluate the meaning behind his language. I had to read between the lines.”

“When the team met for the first time to discuss our individual translations, we brainstormed, and two hours later we were not fully completed. I became aware of many subtleties I had missed held within each stanza.”

“I truly enjoyed this process and I learned more about how much control I have of my knowledge of English and Spanish.”

“There was a point during the translation process I realized that once a work is translated from its original language, there is something that will always be missing within that poem because a word in Spanish does not have the exact same meaning in English.”