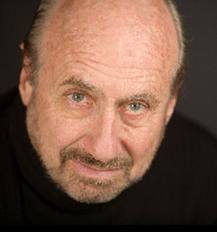 Fred Moramarco, the founding editor of Poetry International, passed away last Monday. He was  professor emeritus of English and Comparative Literature at San Diego State University, where he taught for many years. Fred was the author and editor of seven books, including The Poetry of Men’s Lives, Men of Our Time, Italian Pride: 101 Reasons to Be Proud You’re Italian. His most recent book of poetry is The City of Eden where many of his selected poems have been gathered together. Links to Fred’s published poems and essays as well as his introduction to the inaugural issue of Poetry International can be seen below. His poem, “Elegy for Kenneth Koch,” was his last poem published in Poetry International.

An excerpt from the editorial introduction to the inaugural issue of Poetry International:

“Many years ago, when I first read Frank O’Hara’s moving poem about the death of Billy Holiday, the lines about buying ‘an ugly NEW WORLD WRITING to see what the poets/ in Ghana are doing these days’ made a strong impression on me. Imagine, I thought, someone actually interested in what poets are writing in Ghana! Years later I came to understand what the poets are doing in whatever part of the world you want to look at can get you in touch with what really matters in that part of the world far more intimately than daily newspapers, history texts, or television specials can. It can get you in touch with what people are feeling about the lives they live and the world that surrounds them. A poem can be many things but if it is not first of all the inside of one person talking to the inside of another, then it is very little. This magazine is intended to be a repository for that kind of interior exchange.”

It seems too crazy, like one of your mad, funny poems,
that you’re not with us anymore, not here to point out
the thisness of things, like mountains, circuses, and fresh air.
You were always the court jester of poets,
topping pretension from its granite and marble heights.
“Look,” you would say, about this or that,
“how absolutely strange, marvelous, and ordinary it is,
like everything else you will meet on your daily rounds.”
You noticed the blueness of blue, the curvature of the round,
the still beats of silence within seconds.
One of my favorites of your lines is
“To learn of cunnilingus at fifty
Argues a wasted life.” This from your poem,
“Some General Instructions,” which pings in my head even today.
Ah, Kenneth, the obit said it was leukemia and you were 77.
Hard to imagine either. You, a frail old man, eaten by blood cells.
I rarely saw you when you weren’t laughing, darting here and there.
I remember we wrote a sestina in your class,
each student writing a line as the poem went around the room.
I wrote the last line of that poem, and remember it forty years later
because you thought it was the perfect ending:
“Who would have guessed at such a meaning for summer?”
And I say that again, for this summer, when you’re no longer here:
Who would have guessed at such a meaning for summer?

“A Conversation With John Donne”
http://delsolreview.webdelsol.com/epicks6/moramarco.htm

(An in-depth interview with Fred Moramarco, on his book of poetry, The City of Eden, can be heard on The Moe Green Discussion on blogtalkradio: http://www.blogtalkradio.com/onword/2011/10/28/the-moe-green-discussion-with-guest-fred-moramarco.)

“What Do Women Want”
http://www.sandiegoreader.com/news/2003/oct/02/what-do-women-want/

“The Father I Carry With Me”
http://www.menweb.org/fatherca.htm

(All of Fred’s poems, essays, and list of publications can be viewed on Fred Moramarco’s personal home page: http://www-rohan.sdsu.edu/~fmoramar/index.html)