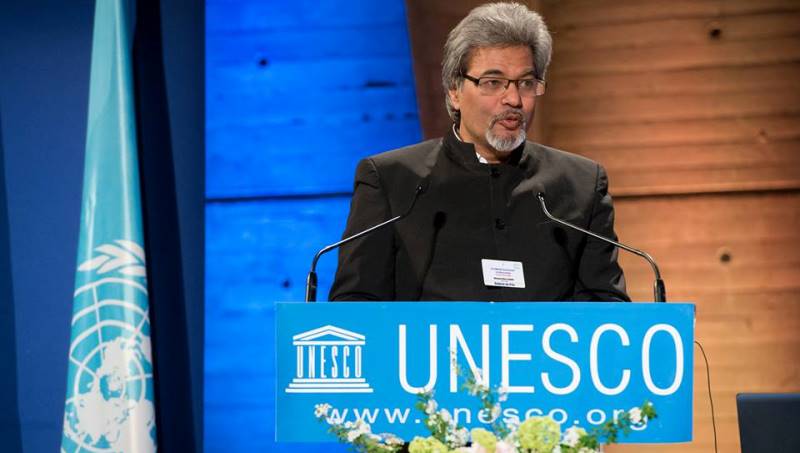 [My soul has sailor’s mange]

My soul has sailor’s mange,

and I’ve got plowman’s calluses.

so that nothing is seen before dreaming:

the weight of what it reflects!

the sea impregnates my memory with song.

I couldn’t hear, I will not align the words

(you killed me so much to hurt me).

so many dreams to purge of stones.

I didn’t touch your flame

I’ve wished so long to be a man of every race.

And I heard myself fall

Dreams of coolies, rust of pulleys

strewn with ropes for unruly waves

so many shadows to load dried spices

and wrack your backs with bullwhip kelp.

[And throw death to the wind]

And throw death to the wind.

Any cascade of gold in the dead of night

is not your only tattoo of eyes,

the schooner that leaks all the salt.

Khal Torabully is a Mauritian and French poet, who has coined the concept of “coolitude.” He has has won several literary awards, including Lettres-Frontière (Switzerland), Prix du Salon du Livre Insulaire](France) and Prix Missives (France).

Nancy Naomi Carlson is a poet, translator, and editor, as well as a recipient of a literature translation fellowship from the National Endowment for the Arts.