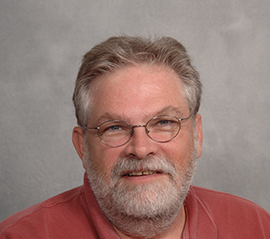 The way into the woods

is easy at first—here and there

lay their shadows gently down

on bits of brush,

When you turn to look back,

you are in the forest now,

and every little bird can tell

you’ve filled your pockets up

“…an inordinate fondness for beetles.” –J.B.S.Haldane

After the coffee and cakes

After the whiskey’s sipped

After the weepy aunts

And smoky uncles have gone

That’s when the beetles come

Squeezing under the lid

Chewing their way through the wood

Grand in their hard shiny hats

Making their way in the dark

To the feast their Lord supplies;

Hundreds of thousands of kinds

Where the body, rotting, blooms

And there they discourse on God

Scuttling about in the black

Eager to taste the Word

That drops from the vaulting bone

Eager to breed and to lay

Then with a stir of wings

Raptly to rise in air

There in the echoing room

To the very End of Days

For the Thing that is Dead is ours

And the Lord of the World is here.

Dissolve a barrel of sunshine in a quart of orange juice – Get up! –

The funky basement room starts to wink and smile – Get up! –

They gulp dank air with trembling throats – Get on up! –

So they get in dad’s car and drive to Boston

Where they’re young, and strange – Stay on the scene! –

A map of the universe and “Sex Machine” on the jukebox

Over and over and never before so blissful or ridiculous.

Later on they drive around in the dark with the lights out.

Clear after rain, the night is shiny, moist, with stars,

And the earth around them full of the buzz and rush

Of brood X cicadas in their millions getting up, just now

Making their way up

Into the acid brilliance of unexpected air.

They are placing radios tuned to noisy interzones atop boneboxes.

I don’t remember what it’s called.  There are bits about it

On 60 Minutes and in magazines: people, pairs mostly,

Posed in graveyards with their machines over what remains

Of forms that danced and spun once in flows of heat – goodgawd! –

Among names scratched in stone, listening for voices—dimes

Dropped down the akasic telephone by some maggot Houdini: Fellas!

Fellas, I’m ready to get up and do my thing…can I—like shepherds

Making figures of the stars—can I…can I take it to the bridge? [piano…

Feeling for the knobs and switches of their dark boxes,

But we don’t need no radio.  Let that plaintive anthem fade.

And the stars too have slipped their chains and – oww! – yes, yes,

The way I like it is the way it is.

Seventeen years sipping small roots in the dark with brothers

Sisters lovers buried beside it in slow earth, then to rise up

Into air, into light – raptured, strange – with wings!

Then – spent – a midsummer litter

Under the trees.   Bedded in cotton in this slim, silver

Of a brood X cicada, looking like archaic bronze, dark,

The veins in its wings, gold, its eyes, red once, now

Two amber drops—a thing as if from Pharaoh’s tomb, stolen out

Into air again, into light, and black with fire of cities sacked

In famous flames.   I lift it careful to my ear.   Do not breathe.

Listen.   This is Pharaoh’s music now.

Blake Leland‘s work has appeared in The New Yorker, Epoch, Commonweal, Indiana Review, Atlanta Review, and elsewhere. His poems have also been incorporated in a number of digital artworks both in U.S. and abroad.