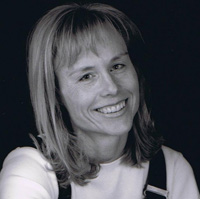 PIonline’s Guest Writer’s Series is a new series, featuring great writers writing about, well, just about whatever they want.  We’ll feature two separate runs, one in the fall and one in the spring, and we’re proud to kick things off with Nin Andrews and her frank commentary on “American Optimism.”  We’ve had the great pleasure of publishing Nin’s poetry in various issues of Poetry International; you can find more about that here and more about the author here.

Lately I’ve been thinking about a phenomenon I can’t quite name. Sometimes I think of it as American amnesia. Other times I think it’s America’s selective memory.  Or maybe it’s American optimism. Let me give a few examples to explain . . .

1. A year ago, November of 2008, I was at the Miami Book Fair, and I had the opportunity to hear Andrei Codrescu read.  He was reading poetry and talking a lot about Hurricane Katrina.  He was also selling a CD of musicians who were responding to the Katrina experience.  At one point he talked about what he called American optimism.

What do you mean by optimism? a woman asked.

Codrescu responded that Americans don’t really want to think about Katrina anymore. They want to believe everything in this great country is always getting better.

He seemed to imply that other countries accept their problems, their crimes, shadows, more readily.

2. A few weeks ago a friend loaned me some audio-tapes of Jack Kornfield.  On one of the recordings Kornfield said that he asked an audience of Americans how many of them believed that one day they would die.

A few hands went up.

3. A recent article in Grist, the online environmental magazine, by Jonathan Hiskes states that a new Pew poll “finds a significant drop in the number of Americans who believe global warming is happening, is human-caused, and is a serious problem.”

No matter how much scientific evidence pours in, Americans prefer to believe in a happier future for the planet.

4. A few years ago I gave a poetry reading and a talk in which I referred to Anwar Sadat.  I told the story of how my family had only recently purchased their first television when Sadat was shot.  It was October, 1981. I remember watching in horror as Sadat was shot again and again.   (Of course they were simply showing the assassination repeatedly, but I wasn’t used to television).

I added how the assassination of Yitzhak Rabin in 1995 brought back the memory of Sadat.  How these political assassinations, especially those that are played in front of our eyes on television and are splashed across every newspaper in the world, stay lodged in our mind for ages.

A woman in her 50s asked, Who was Anwar Sadat?  Who was Yitzhak Rabin?

I asked the audience to answer her question.

No one volunteered an answer.

5. Last weekend I was at a conference run by Phillip Brady, the editor and founder of Etruscan Press.  Dr. Brady talked about the Etruscan publication of a book of poems on 9/11.

He said the book came out in 2002.  Major book chains ordered many copies of the book, but the book didn’t sell well.

A man who had worked in the corporate world and who was in the audience said the book probably came out too late.  Books that are timely are also time-limited.

6. During his presidency George W Bush censored all photos of the flag-draped coffins of American soldiers.
His mother, Barbara Bush, defended her son’s decision.

“Why should we hear about body bags and deaths?” Barbara said on Good Morning American on March 18, 2003.  “ It’s not relevant.  So why should I waste my beautiful mind on a thing like that?”

Maybe that is the question.

Perhaps this poem by Lucille Lang Day from the Etruscan anthology is the beginning of just one answer to that question.

or the young woman trapped
behind a locked door
on the eighty-seventh floor.

or the fire chief quickly buried
under tons of concrete,
steel, glass, and ash.

what she should tell the pilot
standing beside her
at the back of the plane.

I never shared coffee
with the six-foot-four executive
who said, “If we’re going
to crash into something,
let’s not let it happen.
Our best chance is to fight.”

Yet I have felt sun on their skin
and tasted wine on their lips.
I have run using the long muscles

of their legs and felt air
rush into their lungs, their hearts
pumping in my chest,

and they have combed my hair
each morning, tasted
cereal from my bowl,

and held my children in their arms.
At night they have watched
stars shimmer through my eyes.

Now they have all returned
to earth and air, but I still feel them
stirring inside me, walking

the long corridors of my brain,
searching for something
irretrievable, precious, still there.

Nin Andrews received her BA from Hamilton College and her MFA from Vermont College. The recipient of two Ohio Arts Council grants, she is the author of several books including The Book of Orgasms, Spontaneous Breasts, Why They Grow Wings, Midlife Crisis with Dick and Jane, Sleeping with Houdini, and Dear Professor, Do You Live in a Vacuum. She also edited Someone Wants to Steal My Name, a book of translations of the French poet, Henri Michaux. Her book, Southern Comfort, is forthcoming from CavanKerry Press and her chapbook, Accidental Seduction, is forthcoming from Obscure Publcations.