Last May, on a warm Friday evening, I stood on the north bank of the Rio Grande. I gazed south and noted that the landscape—from the dust the color of linen that puffed at each footfall to the writhing ridge of mountains blue with distance—was sublime but desiccated, beauty in extremis: mountains formed by volcanoes, the bottom of an ocean uplifted by tectonic thrust, everything cracked and splintering under a relentless sun. 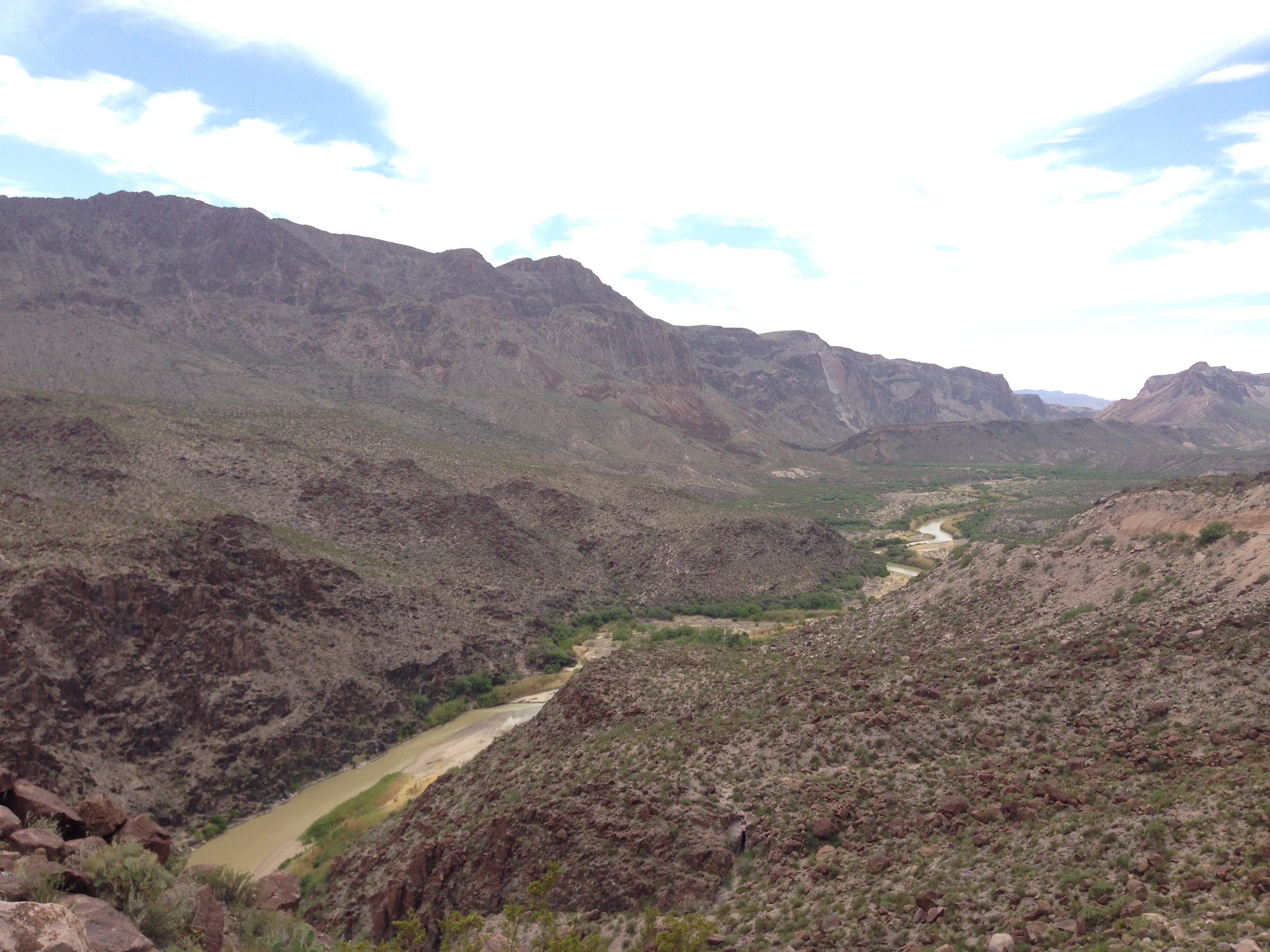 My partner and I had just driven from California to Big Bend in West Texas for my cousin’s wedding. At no point in the thousand-mile drive had we ranged further than fifty or sixty miles from the US-Mexico border, and more than once, we beheld sections of the wall. In Yuma, it was a solid barrier resembling the rusted corrugated tin of a salvage yard; in El Paso, steel mesh at the edge of the interstate revealed the hills of Juarez topped with boxy stucco houses. Here, however, there was no barrier but a shallow ribbon of water, milky brown, edged on both sides with willows and reeds.

Big Bend is sparsely settled and remote, three hundred miles from an airport. Though it encompasses over 6,000 square miles, Brewster County, Texas, is home to fewer than 10,000 people, and more than half of them live an hour north in Alpine, the county seat. There are only a few dozen people in each of the tiny outposts near the border. Otherwise, it’s just tourists, there for the canyons and bluffs in Big Bend National Park to the east and Big Bend Ranch State Park to the west. They’re rewarded for their journey with views that rival any park it the American West in sweeping grandeur, absent the elbow-to-elbowness of a place like Joshua Tree or Arches.

The local economy, though small, is largely built around these tourists. The communities of Terlingua and Lajitas on the north side of the river are made up of hotels and a few restaurants, and for many years, that was true on the south side as well, in the towns of Boquillas and Paso Lajitas. There weren’t any official crossings in the immediate vicinity, but border patrol tolerated the commerce between the towns, watching everything through binoculars from bluffs high above, taking note of the permanent residents, all of whom they knew by sight, as well as the activities of any newcomers.

After 9/11, the US government tamped down on those unofficial ports of entry and began raids in towns like Terlingua and Lajitas to enforce the closure. Suddenly, what had been a minutes-long walk became an hours-long drive on bad roads over harsh terrain. With that, the crossing by tourists stopped. Even worse, the people who lived on the river, who regularly crossed to work or shop or share a meal with friends and family, who depended on each other like any neighbors, were sundered.

On Saturday, with the temperature ranging toward one hundred degrees, we headed back to the water at one of the old crossings, the one between Lajitas and Paso Lajitas. When we arrived, there were hundreds of people clustered on the north and south banks. They’d come from all over the region, bringing tents to shade themselves from the glaring midday sun. They’d also brought music, food, drink, floats and beach balls, and there were dozens of children splashing in the muddy water. The adults waded in too. One was a man from Mexico dressed in a crisp pink button down, wrangler jeans, and a cowboy hat and boots, who despite such attire still charged through the thigh-deep water. Another was a woman from the US yanking on the bridle of an uncooperative burro whose saddlebags were filled with hotdogs to give to children on the other side.

It was an annual gathering, a “fiesta protesta,” where locals hoped to highlight what was lost when the crossing was closed. More than a decade had passed since then, and Paso Lajitas, which had once been home to about a hundred people, had shrunk to only one family—something that especially stung in light of the fact that the Boquillas crossing, sixty-seven miles to the east, had been reopened, and once again, people could wade across the shallows, or, for a small fee, ride across on a burro to get tacos or a beer. We were told that the planners of the fiesta protesta had consulted law enforcement about their plans from the beginning, and that each year, the authorities simply turn a blind eye for the day, though I suspect they were watching us all quite closely.

To accurately render the exceeding goodwill of that experience is near impossible. I’m a sucker for symbols of unity, but it felt like true grace to stand knee deep in the muddy water, watching people step gingerly over rocks that litter the river bottom, hanging on each others’ arms, laughing; seeing loved ones meet in the middle in an eager embrace. 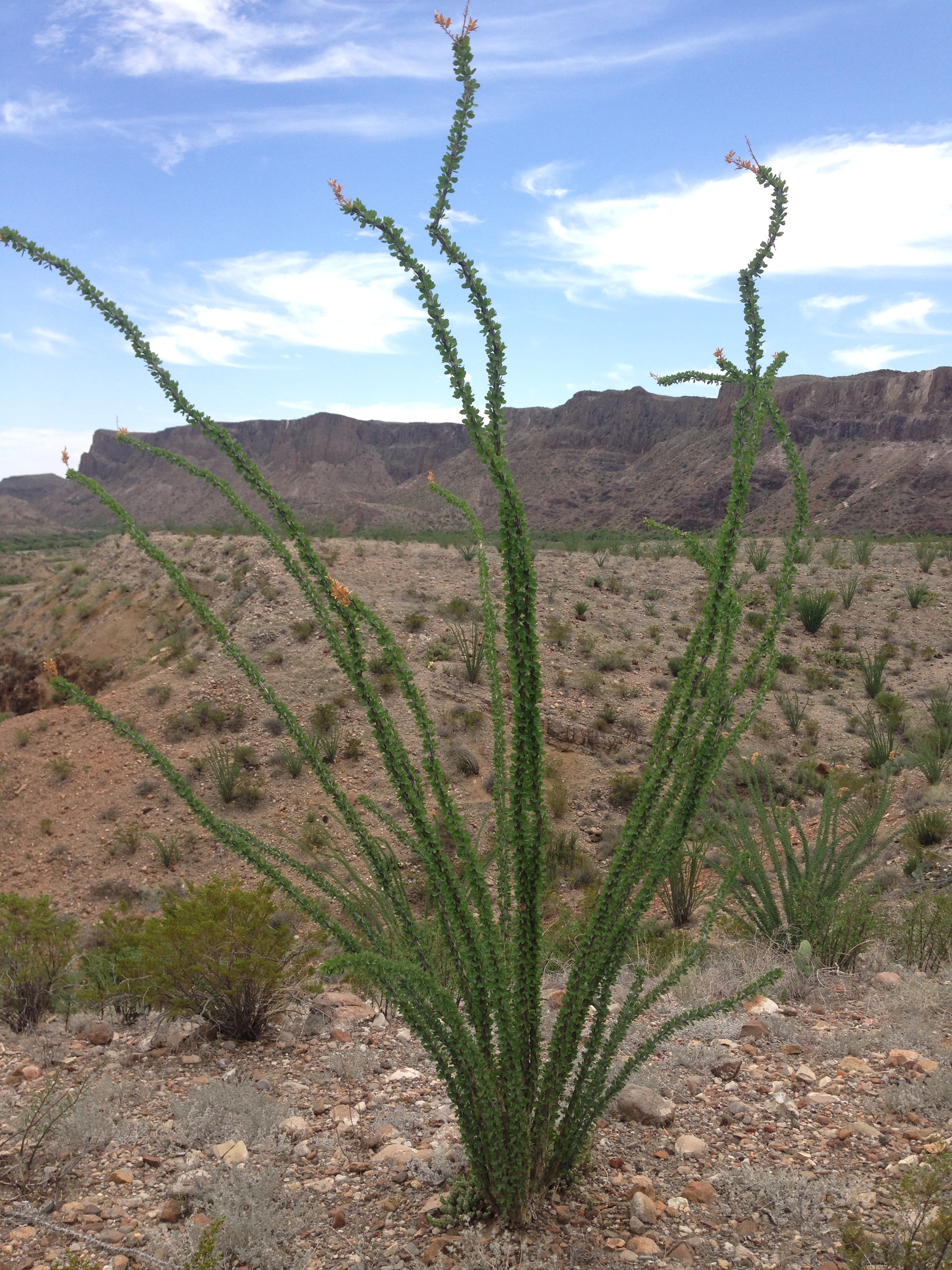 North of the Rio Grande, there’s a two-lane highway that winds beside the river for fifty miles, from Lajitas to the town of Presidio. It’s said to be one of the prettiest routes in the country, and after an hour at the fiesta, we left and took the highway west to admire the views. We drove with windows down, warm air in our faces. Fifteen miles on, to our left was a boat ramp, a place to launch a canoe and set off down the river, which alternately flows through wide bottomland and narrow canyons. We turned in, parked, and walked down a dirt road to the water, then waded in. Here, the riverbed had the disappearing softness of silt. The actual line between the US and Mexico is—beautifully—the exact middle of the stream, so it changes over time as the river changes course. The National Park Service calls this border—quite obviously—“an artificial boundary imposed on the natural environment.” When I reached it, I could just touch bottom with the tips of my toes.

The wedding took place that evening in St. Agnes Church, a one-room relic from the Terlingua boom days when hundreds of people came here to mine quicksilver. The church sits on a rocky hillside, with a face of whitewashed stucco topped by a pediment of weathered wood slats and a tin roof. The interior is painted a light mustard color, and rustic benches stand in as pews. During the ceremony, swallows flitted through the opened windows, made a few circles, then found a perch in a small divot near the ceiling where the stucco had crumbled away. The reception was just down the hill in an old theater turned restaurant called the Starlight, and some of the locals—many of them off-the-grid types who squat in buses or ramshackle limestone cabins left behind after the boom went bust—seemed displeased that our presence in the Starlight precluded theirs. Around nine o’clock, the sun dropped behind the mountains. We sat on the Starlight’s porch, felt the earth slough off the heat of the day, and watched a full moon rise.

We left the next day in the early afternoon. We were awash in paradox: the alienating beauty of the landscape, the bleak freedom of the isolation. We took the river road west again, hugging the hillside, tracing the land carved out by the Rio Grande over the course of two million years. (As rivers do, it continues to dig. They say that, if you’re in a boat and quiet, you can hear the sediment in the water scraping at your hull.) We stopped frequently, to snap photos of the ocotillos, those spindly bushes that emerge from the earth like vortices; to peer down at the river, a vibrant green in the middle of the desert. On each side of the sluggish stream, the land rose up in mirror images: sandy bottoms, craggy foothills, weathered mountains the color of old pennies.

That Sunday afternoon last May, what I thought about was how small we humans are, and how shortsighted. To say that a wall is impractical in such a place is nothing if not understatement. As the region’s Republican Congressman Will Hurd wrote in January, “The 23rd District of Texas, which I represent, has over 800 miles of the border… and it is impossible to build a physical wall in much of its terrain. Big Bend National Park and many areas in my district are perfect examples of where a wall is unnecessary and would negatively impact the environment, private property rights and economy.” It’s a practical statement, speaking to practical realities—to the horses grazing on the north bank of the river, to the ragged topography, to the prospect of caterwauling public if the government decided to desecrate the beloved national park with a hideous scar of a wall. What he doesn’t mention is the haunting emptiness, the mountains under the sun, the elements cutting everything down, the earth being pulled apart, and how the only way to bear such things is to wade into the middle of the river, to reach out and take another person into your arms.