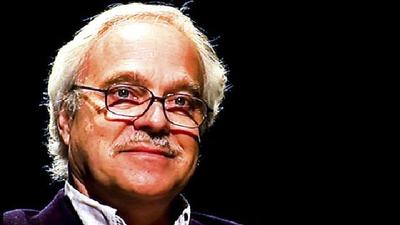 Born in 1944, Francesc Parcerisas, the author of fourteen volumes of poetry, including Still Life with Children, Triumph of the Present,and The Golden Age, is considered the premier Catalan poet of his generation—a “miracle generation” of poets who came of age as Franco’s public banning of the Catalan language came to an end. He is also a masterly, award-winning translator of an impressive array of significant international writers, including T. S. Eliot, F. Scott Fitzgerald, Doris Lessing, Katherine Mansfield, Joyce Carol Oates, Cesare Pavese, Edgar Allan Poe, Ezra Pound, Rimbaud, Susan Sontag, William Styron, and Nobel Laureate Seamus Heaney. Among his numerous translations from French, Italian, and English into Catalan, he is most famous in Catalonia for his translation of Tolkien’s The Lord of the Rings. His own poems have been translated into Basque, English, French, Gallego, Hungarian, Italian, Portuguese, Slovenian, Spanish, and Welsh, among others.

Sitting in the museum’s Egyptian room,

I’m an audience for

a honey-rich buzzing of bees.

akin to the laborer’s threshed wheat,

or that stork sipping

from a turquoise river

In a flash, everything’s scrambled:

the stonemason with his sieve

in the pitiless sun

and the slave meekly

wait for me in a taxicab

A flock of in-a-hurry ducks

an ibis snivels at the next table,

can’t be painted any longer,

and we’ll imagine ourselves

or we’ll lament having

to surrender in sleep

so many scant, fleeting

endlessly under the blazing sun.

Observe yourself in the mirror,

at seeing your likeness.

These wrinkles, these graying temples

—affable guests who showed up

so suddenly, that you can’t quite recall

are emblems of the shameless price required

for this fictitious intimacy with the body.

And now, begin to shave.

The blade, once quick and cold, no longer

with your fingers. Don’t despair.

the shameful mark of a knick,

you’ll forget your alliance with your body

has already begun to dissolve.

I listen to the sweet December orange:

it tells me No,

do plummeting raindrops on the patio

splatter with such intensity.

The tempest and the dead

Look at the ferry passengers, the ones

too long at the beach:

and still at large.

Sleep when it comes to us

I prize and depend on all this:

as if time’s wheel wouldn’t dare

savage such a young body

I reach for your back.

The orange is also sweet,

and through it, I acquire

and the face the Venetian blinds

with their aura of a discreet,

that burgeons and finally

The pulp is the ruddy juice

of the entire dawn.

The well-bottom’s shadowy and fearless,

But the skin we can’t part with

is the other’s skin,

a desert fashioned of words.

My first, fresh image of you,

or your ever-elusive eyes

the very essence of limits.

The voice uttering my name

And the plaintive fingernails

which scrape and scratch

are the time periods separating

Cut off my hand,

and transform my fingertips and flesh

into this old but unfading memory:

a solitary girl at her breakfast,

perched in front of the TV.

Now that the hostile night

is a glass, fashioned of fear

and unease, close my lids,

so I can’t witness

and slowly, slowly, let me know

when dawn blooms and composes again

the window panes and the hands

to bind each other

in the tepid, softened light

For seven years—or was it five?—

the divine nymph plied him with

cypresses and alders grew, a grapevine

—all that tantalizes men.

A truism lost on the nymph:

not even on an island

in the arms of a supernal lover

can a mere mortal endure

of youth and beauty,

devoid of what men prize most:

The battle’s slow and sinuous,

a stormy fire on the hilltops.

The enemy’s spears and darts

at such a snail’s pace,

wordless, shield-less, in the blazing

tumult of the frontline.

Up till now, Virgil’s hand.

From this day forward,

the world will be utterly different:

totally on our own.

Guideless, spurred by a secret

the enemy, the war itself,

of a fire that’s merely

Several of these poems have previously appeared in the following publications:

“Shave” appeared in the anthology Being Human(Bloodaxe Books: 2015)

“Calypso” appeared in the Taos Journal of International Poetry and Art