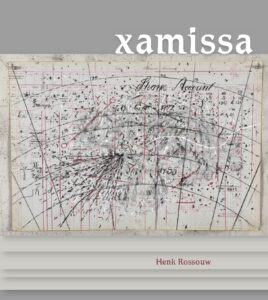 xamissa, by Henk Rossouw, is a book length poem and the winner of the 2017 Poets Out Loud Editor’s prize. In this historically rich text, Rossouw  de-centers the reader by placing them in the unfamiliar experience of the outsider. In a world increasingly swamped by literature and social media pandering for audiences’ attention by appealing to the lowest common denominator, xamissa is a breath of fresh air—no, a much needed gale blowing through the window, awakening the reader to the fact that the storm has arrived, that there are only two options: to ignore the pressing problems of this age, or to confront them by realizing that mainstream norms often oppress outsiders to conform in unethical ways. 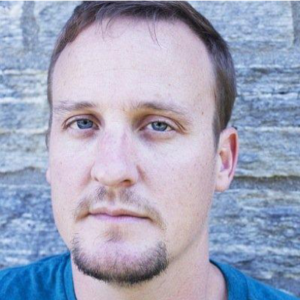 Rossouw has served as poetry editor of Gulf Coast and his writings and poetry have appeared in Tin House, Best American Experimental Writing, The Paris Review, and The Boston Review, among others. He also serves an associate editor with Tupelo Quarterly. Originally from Cape Town, South Africa, Rossouw teaches creative writing and literature at the University of Louisiana in Lafayette. He holds an MFA from the University of Massachusetts, Amherst and a PhD from the University of Houston.  Accordingly, the adept multi-genre form of xamissa reflects Rossouw’s wide and eclectic experience as a writer, and by defamiliarizing the reading experience, Rossouw transposes the reader into those oppressed bodies struggling their way through the horrors of slavery and apartheid. Much of the text follows a runaway slave named Helena van de Caab, and it is through her that we encounter the schemes of the Dutch East India Trading Company that reduced people to mere ink marks on the same ledgers used to track livestock and farming equipment.

Within the first several pages, Rossouw strikes us with a vivid cultural and economic dichotomy:

—cement land reclaimed from the sea and the descendants of enslaved Xamissans, who would launch slender fishing boats there, from the shoreline now buried under rubble—

flickers blue against the close of day.

by the artificial and the fleeting.

As Rossouw’s speaker searches through Cape Town’s archives for the truth, sifting through endless file cabinets of records of enslaved peoples and properties, we are invited to imagine a double city, one both modern and built upon the lingering oppression of past and present racism. To the outsider, many experiences within an oppressive culture are of course confusing and dread

inducing. The outsider, under the threat of violence, then conforms themselves to a role (slave or otherwise, that can often be reduced to an economic function). Rossouw places his reader into this role as he carries us along through history and following Helena van de Caab as she joins other escapees at their settlement upon Table Mountain, a plateau overlooking Cape Town itself. To stunning effect, movement between past, present, and future propels the reader through this text. Rossouw encourages us to then create our own mental file cabinets to store away these dichotomies as the text unfolds, as we are reminded of where we have come from, but most importantly, as we are also forced to consider where we will go next.

At the end of this text, Rossouw provides us with pages of footnotes. It is rare to find a book of poetry containing this much supplementary information, but the reader quickly finds that this information is not merely supplementary; it is the key to help the befuddled reader realize just how much they don’t know.

Speaking from personal experience, I think that many people, specifically many white people, have little idea of what outsiders go through while navigating a white normative society, and I think that xamissa serves as a reminder to examine and scrutinize our inherent privilege. I would not only recommend this book to any lover of poetry who is looking to branch out into experimental literature, but also to those readers seeking politically relevant insights. Even if historical book length poetry isn’t your forte, I’m confident that even amateur readers of poetry will find great value and enjoyment in xamissa. It is only through challenging our expectations as readers and writers that we grow to understand more both about ourselves and the world we find ourselves marooned in.

A little bit about the reviewer:

Keenan Colditz attends the MFA program at San Diego State University, where he writes fiction and teaches undergraduate Rhetoric and Writing. He enjoys hiking and hopes one day to make enough playing poker to pay back his student loans.