[Book Review] Mark Irwin and the Church of the Occasional 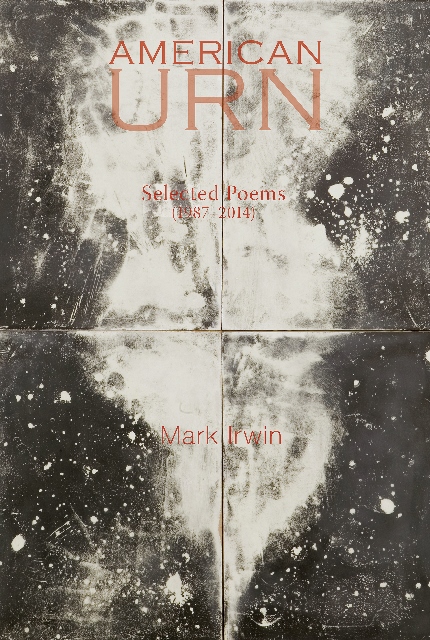 Mark Irwin and the Church of the Occasional

In Assisi at the Basilica of Saint Francis the divine is raised on three slats. At the upper level, the level of the Romanesque, Giotto has painted his “Life of Saint Francis” series, a narrative depiction of the miraculous as it intersected with the young man’s journey through high society, self-exile, blindness and death. While the story of Francis’ life may insinuate growing darkness and loss, quite the opposite comes across in the paintings. The invisible nearness of God—just a hand in the clouds in the earlier paintings—pervades the final pieces.

At the level of the second church, the ceiling hangs low in a crushed Gothic style, and all is much darker, candlelit. A priest walks under the dome with finger pressed to his lips, whispering, “Silenzio.” The walls are lit by colors from the stained glass of Martini and other Italian masters of the late medieval period. The ceilings are painted by the likes of Lorenzetti; the walls—with one portrait said to be the closest likeness of Francis himself—a man with small features and large ears—by Cimabue.

And then, below this realm of the image, we come to the crypt. The crypt is a small chapel with no illustrations. The crypt is all silence and presence. This is how you pray in Assisi. You go down the three levels, passing through what you might call waking consciousness, dream consciousness, and deep sleep.

I have been thinking of that tripartheid system–for each part says, this is God, but it is not the only God–as I revisit Mark Irwin’s poetry. Irwin’s thirty-year career has been dedicated to the archeology of a certain crypt-space of the mind. It is therefore quite fitting that his new Selected Poems, called American Urn (Ashland Poetry Press, 2015), should evoke the airtight, plain containers that bear absences. Irwin is the consummate master of what Octavio Paz has called, “the immovable sign,” a poetry nearly untranslatable for its symbiosis of phrasing and voice, foremost its use of the line. Here is the opening of “Mansion of Happiness”:

People stand in front of a large white house giving
things away. June light floods the windows and occasionally
they look up as toward a familiar song. They stand on
the slow green hill of their lives.

These lines serve three purposes. In the first, the break partitions the speech into its own unit of meaning. While the verb “giving” refers to the subject “people,” in the line alone it is a word that could as logically refer to the house (the white house that gives, in front of which the people stand) until the direct object completes the thought. In the second line the break serves to emphasize “occasionally,” extending the possibility a millisecond longer so as to linger on that word; but in the third the break does yet another thing—it throws emphasis on the iamb and spondee that proceed in the fourth, slowing time down: “the SLOW GREEN HILL of their lives.” The aural effect of that music, arranged by a score we apprehend visually, would be difficult to reproduce in another language; this, according to Paz, bears evidence to the strong entanglement between sound and sense that is the source of poetry.

But back to our cathedral. At the Romanesque level, Irwin’s poetry is wrought with narratives like those of Giotto’s Francis–stories that clock the miraculous. Giotto’s art served to evoke an entire life in a dozen or so miraculous occasions: he placed Francis’ life against the backdrop of time. Similarly, “My Father’s Hats” calls up a Haydenesque Sunday morning when “I would reach / high into his dark closet while standing/ on a chair and tiptoeing reach…” Until the speaker finds “the inner silk/ crowns where I would smell his/ hair and almost think I was being/ held, or climbing a tree, touching/ the yellow fruit…” The narrative is not mere recollection or memorial; it is bound to swing, brazenly into metaphor, when the poem closes:

. . . as now, thinking of his fabulous
sleep, I stand on this canyon floor
and watch light slowly close
on water I’m not really sure is there.

Such occasional moments, times when we awaken to the miraculousness, figure centrally in this, Irwin’s best work over three decades. Beyond narrative, the gothic arrangement of images (as the patchwork of art on that dreamy, Gothic second level in Assisi), becomes the operant maneuver throughout Irwin’s early and mid-career. In the title poem “American Urn,” American history is captured in a skirling glance at an urn, an answer to Keats:

A wide prairies dotted with buffalo finding some mountains.

A machine on my long track moving west: People in feathered

Costumes. —Flags, a slaughter.  Below, a war with this flag

And another that, as you turn the bronze, becomes a modern

Riot. Now a metropolis and airport, a radio tower,

This lyric vibrates at the surface level, the mural of images creating a patchwork like the art and muted light of the Gothic cathedral: a sea of action, movement, half-stories, a Lascaux of animal faces, technology, and atrocity. Because we have descended to the level of dream, the lines, with double white space hanging between them, suggest a silence out of which all this fury has come; the reader hangs in that emptiness the way an urn, as container, forces our attention upon the absence at its center.

While Irwin’s poetry returns often to loss, it is wonder that holds these structures together. Wonder is the basement of this church, this brilliant, alive collection. Irwin is interested in loss as a way of awakening readers to what has had to recede in order for presence to find corporeal weight and shape. In our acknowledgment of this absent-world at the core of our present-world, we (if I may quote Charles  Simic) “live twice, as it were.”

In the spirit of that paradox, I’ll close with this passage from “Poem Beginning with a Line by Milosz”:

. . . The bodies that seem
transparent are made of an ice so pure it appears
to be glass sweating, where you, desiring another
glimpse your own face that weighs nothing and is burning.