Book of the Edge Review 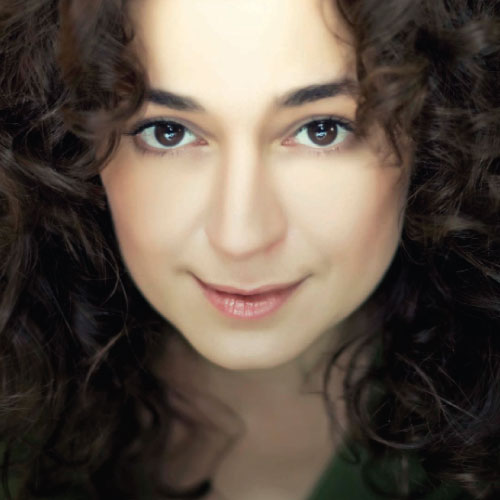 Ece Temelkuran is described first and foremost as a journalist and political commentator on her website. Embroiled at an early age in the midst of a multitude of violent coups and uprisings, Temelkuran has spent most of her life trying to fight corruption and shedding light upon the daily struggles of the common people. She has travelled all over the world and so it is within this wide scope of experience that she crafts her book of poetry, Book of the Edge.

The book plays out like a long interconnected narrative that utilizes poetic conventions to tell its tale. The journalistic training comes through strongly as the images are very concise. There are even times where she forgoes verse entirely in favor of paragraphs of prose, but that may be the strongest asset to the work as a whole. The story itself is incredibly compelling.

Because the allegories and metaphors are well grounded, the reader can focus less on exploring esoteric themes and are instead invited to lose themselves wholly in the tale of a journey of self discovery. The book contains six sections divided by the motivations for embarkation, the journey itself and the return home. The first section titled “Necessary Things for Any Journey,” acts as an introduction by the speaker and a hand outstretched for the reader. The speaker describes feelings of entrapment such as “the crowd suppressed the warm, familiar voices inside of me” and “you would be satisfied / with a tiny empire of playpens and narrow rooms. / You would be at ease. / But you are not at ease”. It’s a universal feeling of restlessness that draws the reader in. It only subsides once the speaker can experience the unvarnished life of the natural world in the next two sections.

The speaker then uses different species of animals as conceits to make comparisons to the world he or she has left behind. A butterfly is used to point out the temporality of wealth, a bull is used as a meditation on responsibility of power and albatrosses are used an incredibly touching example of love and commitment in an era of absolute freedom. Each of the creatures that the speaker finds along the way reflect quintessential characteristics of the human condition and serve as an entirely liberating counterpoint to the section that follows.

The section involving the city is profoundly disturbing as it critiques the vampirism of modern society in a series of four sections called “Plays.” City-dwellers are described as jaguars in “Second Play” as they lurk through the city streets hunting outsiders who have not fully conformed to their hollow lifestyle. “First Play” depicts people in the process of conforming by explaining how city goers keep their eyes lowered to the ground so as to not display their uniqueness. Finally the speaker leaves the corrupted city and turns into a sow bug to ruminate on the entire journey. The narrator curls herself into a ball as the outside world admires the journey but cannot understand it until the narrator can pass along the information in “House of the Edge” on the “…snow white paper”.

Temelkuran seems to be describing the experience of crafting one’s own story and journey in the final few poems. It is this that creates the sense of empathy with the reader and so it is fitting that the story begins and ends with two versions of the poem “Offering.” The first builds a sense of connection between the reader and the narrator, “O reader! You? You are like this, too./ You may not know it yet: You are just like me.” But now at the end the narrator reverses that sentiment after they have gone through the entire journey, “O reader! Me? I am like this, too. / I may not know it yet: / I am just like you.” Temelkuran’s first “Offering” has the narrator describe herself by saying “I am water. I am afraid of the stones I will strike as I flow,” which was what originally made the narrator hesitant. So in the second “Offering” the narrator states that, “You are water. You are afraid of — and for — the stones you will strike as you flow.” The narrator acknowledges that the same fear that she had once felt can be overcome. It is an incredibly rousing and inspiring send off because the reader now knows that it is possible. It is within their grasp. That sense of empowerment is what makes “Book of the Edge” such a captivating read.

As far as the translation by Deniz Perin goes, she captures the journalistic training of Temelkuran perfectly. The images are all concise and the words in English are as straightforward as they could have been. In the introduction Perin states that she had problems translating the Turkish concept of the universal pronoun for men women and objects and Temelkuran wanted the narrator to be as genderless as possible. Luckily the narrator is only referred to in the third person once and Perin gave her a feminine pronoun as a “universal she” which works quite well for the work as a whole.