On the Vulnerability of a Strong Poet: Translating Akhmatova’s Female Love – An Essay by Olga Livshin

By Poetry International Dispatches No Comments 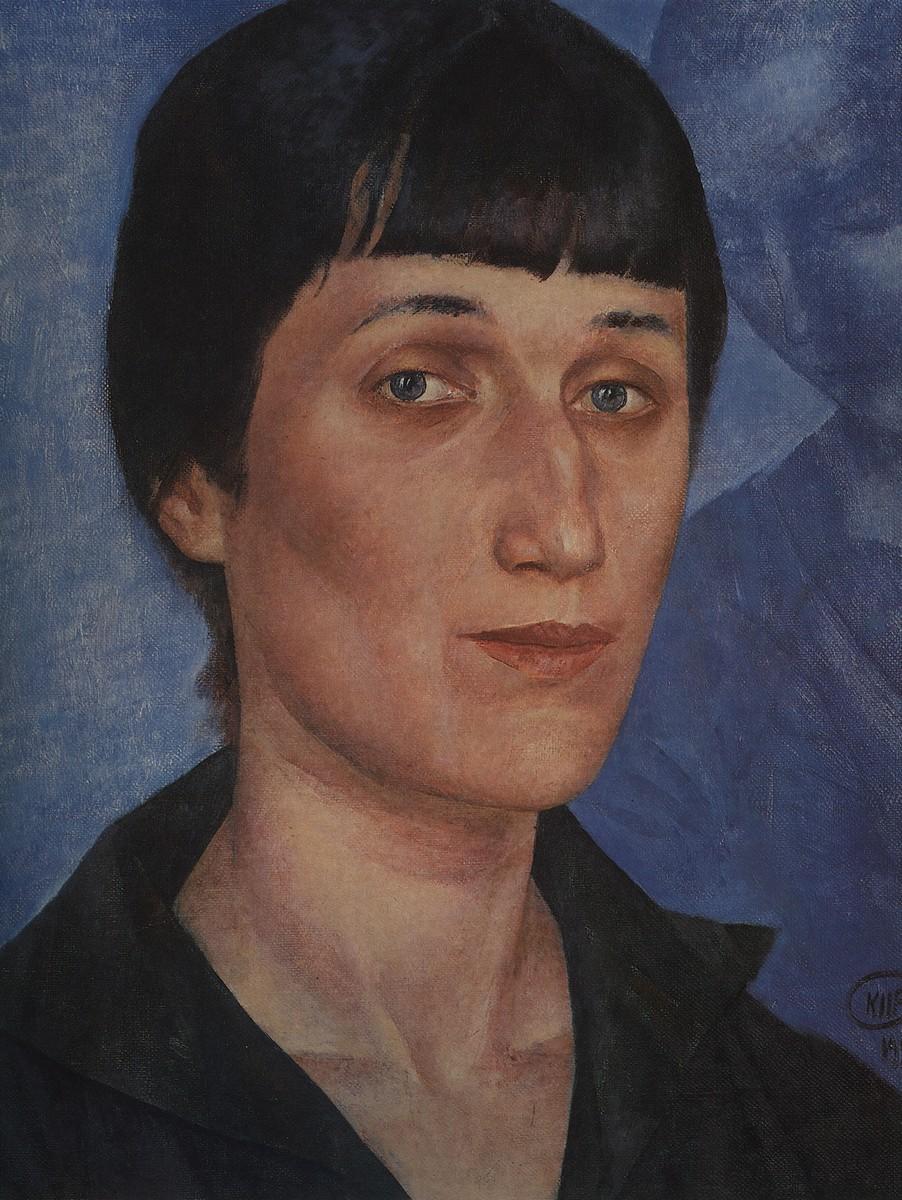 On the Vulnerability of a Strong Poet: Translating Akhmatova’s Female Love

In the West, Anna Akhmatova is broadly known as one of the most powerful voices for poetry of witness. If you are a non-Russian-speaking reader and have read any Akhmatova, you probably read her long, epic, narrative poem Requiem, which captures the collective sorrows of Stalin’s terror from a position both personal and political—as the mother of an imprisoned son. Even in her earlier lyrics, as Zack Rogow points out, Akhmatova speaks as a strong female voice who often directly critiques or rejects her male lover. In this capacity, she was seen as an eloquent precursor by the poets of American second-wave feminism such as Adrienne Rich.

But a different Akhmatova exists as well: a delicate, erotically charged, bittersweet voice that is hyper-conscious of her romantic involvement with a woman. We can hear this voice anew in her poems for Olga Glebova-Sudeikina, three of which Andrew Janco and I translated for Transom (issue 9). In these harrowing times for individuals who are drawn to others of their sex, Akhmatova’s remarkable poetry survives as a reminder that a vivid lyrical voice can create its own rich modes of speaking about her love, whose presence—and, later, memory—sustained her through hardship.

Akhmatova’s love object was a colorful and talented personality from St. Petersburg’s Stray Dog cabaret crowd—an avant-garde actress, a provocative modern dancer, a puppet-maker, and a literary translator. Akhmatova lived with both Glebova-Sudeikina and Futurist composer Arthur Lourié, with whom she was also romantically involved, in the 1920s. In a photo taken during that time, she sits closely with Glebova-Sudeikina, who has placed her hand on her breast. It is as if the puppeteer is claiming the poet. Both glance at the camera—a bold gesture for that time.

Akhmatova seemed to see in Olga her own vulnerability and her hidden sorrows, teeming under the surface. To understand some of these emotions, it helps to have context for a complicated web of relationships that arose in their community, where homosexuality, bisexuality, and multiple partners were common. For Akhmatova, the suicide of one of Glebova-Sudeikina’s friends, Vsevolod Knyazev, was especially important. Many people blamed Glebova-Sudeikina for the death, and the suicide greatly affected both her and Sudeikin, her husband at the time, who had been intimately involved with Knyazev. Knyazev’s death and Glebova-Sudeikina’ reaction reappear in the poem below:

What is it that you see on the wall,

with a dull gaze, in the light of late dawn?

A seagull on the blue tablecloth of the sea

Or the place where worry crossed your path,

in Tsarskoye Selo, in the enormous park?

Is it he, who once lay beside you,

and chose a white death over your prison?

No, I see only the wall – and on it, some last gleams,

the fading of celestial flames.

Grief permeates “Memory’s Voice,” as Akhmatova’s speaker peers deeply into her addressee’s mind, trying to recognize what she sees as she sits, immersed in thought following Knyazev’s suicide. Can sorrow be shared if it is a set of emotion that shuts us off from the world, immures in our own subjectivities? It is, here—an ineffable, almost inaccessible feeling—co-experienced through emotional intimacy. Akhmatova is a poet of suffering par excellence; her anguish, here, is the beautifully subdued anguish shared through a quiet intimacy. She gives her love the emotional space she needs to experience trauma. She recognizes that her interlocutor is emotionally numb. And after Olga speaks, the poem ends—no need to say more. The speaker simply and beautifully stands by, and we are tacitly asked to keep silence, too.

your locks sticking to your ashen forehead.

so many queen bees, stained

the cheeks of many butterflies.

Your eyes are clear, far-gazing, moonlike,

remorse for him, who died? Or gracious

forgiveness to the living

for your exhaustion, for your long disgrace?

The speaker is both desiring and tragically aware that the two women are involved in something their society abhors. Akhmatova mines the tradition of French Decadent poetry, which she knew well, for language of languid and erotic passion mixed with haunting overtones of transgression. And she adds another layer: this poem is dated with a year when the Soviet state was taking shape, with its immediate consequences of civil war, famine, executions, exile, and death for many members of the intelligentsia. The darkness swirling around Akhmatova’s society creates a distressing background for the interaction between the two women, adding to premonitions of the lovers’ disgrace.

In the dedication to Poem Without a Hero, Akhmatova adds yet another layer to this grief-love. The speaker both recognizes herself in the object of her affection and mourns Glebova-Sudeikina, who met a premature end, history curtailing her life when she passed away in Paris from tuberculosis, in poverty and obscurity. Navigating the space between her own, barely continuing life and the death of a loved one, Akhmatova writes some of the most poignant poetic lines of the twentieth century:

wafting over me? Do you want to

traveled over the Lethe,

now breathe in a different

I hear them: a warm rain presses

on the roof; in the ivy, whispers.

A tiny being was planning to live,

she sprouted, puffed out, wanted

to shine in a new jacket.

she alone above me –

she, whom people call Spring, she –

I named her Loneliness.

our youth in my dreams,

and that cup, which passed from HIM.

When I wake up, I’ll give it to you

or a daffodil in an open grave.

A woman relating to another woman highly personally, with the understanding of what it is like to show off to the world in a beautiful, fashionable piece of clothing; a woman, almost a child, who was “planning to live”… To be sure, Akhmatova does not identify as a lesbian or make any specific claims about her sexual identity.  In keeping with her esthetics, she insinuates, rather than provide detail. This is not poetry of group identities. But her voice is haunting, tender, piercing in its forbidden half-whisper. And in this regard, it has its own lyrical power.

To see Akhmatova in this context is especially important now, when Russian government is seeking to silence LGBTQIA voices and actively rewriting its country’s cultural history to make it appear all writers reflected Russia’s unity and might. It is essential to learn—or recall—that some of Russia’s most gifted authors wrote about their own same-sex relationships.

Powerful poetry survives its time and crosses national boundaries. Akhmatova’s poems of desire, grief and memory are purposeful and persistent. In them, she continues to speak—and not for the Russian state, underscoring the distinction of the Russia-as-monolith that the current government is trying to present to the world and helping us focus us on individual voices. Andrew and I hoped to play a small role in this process when we translated Akhmatova’s poems for Glebova-Sudeikina, presenting them as a group, rather than interspersing them among Akhmatova’s Collected Works, as several talented translators have done in the past. With this small act of curation, we wanted to make this set of poems available for dialogue—for English-language poets who might want to engage with it, as well as for those who might want to use them as a survival tool at a time when most of the world is still not ready to accept certain kinds of love.

Psyche and Little Farce, or The Year 1840 were two plays by Belyaev. Glebova-Sudeikina played the heroine in each, at the Maly Theater of the Literary and Artistic Club led by Alexey Suvorin. (Translators’ note)

[2] The Fountain House (Фонтанный Дом), the mansion in St. Petersburg also known as the Sheremetevsky Palace before the Russian Revolution, was Akhmatova’s home from 1925 to 1952.  She lived in a small room inside an apartment that was part of the mansion.